When I was away for school in Louisiana, I found myself cooking all the time. Now that I'm in Toronto, I just can't bring myself to slave away for anything. The simplest meals seem like such daunting tasks. Anyways, today I was starving so I obviously had to eat something. Thank God for spaghetti and meatballs. It is honestly the simplest meal one could ever make. Even if you are an absolute terrible cook, there's just no way you can screw up spaghetti and meatballs (at least I haven't seen it done yet).

Posted by Canvases And Controversies at 2:05 PM No comments:

So, I've changed the name of my blog. I figure, now is the best time to do it since I'm just starting off. It is now La Belle Bohémienne. I was going to change it to La Petite Bohémienne initially, but the name was already chosen. In either case ... I like it. I think it suits my current life theme of "I have no idea where the hell I'm going". It has a ring to it.
Posted by Canvases And Controversies at 11:19 AM No comments: 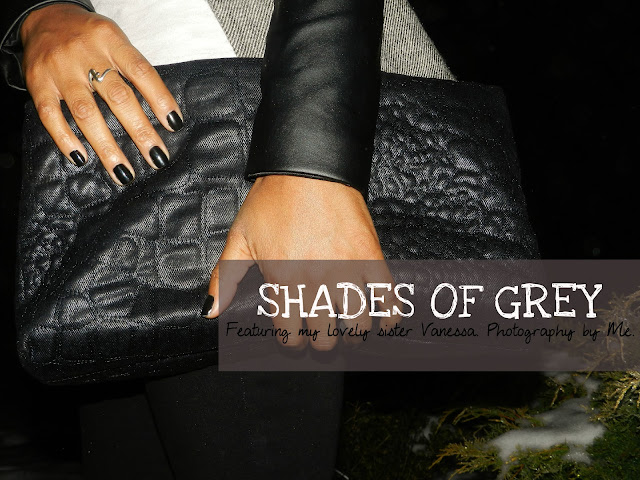 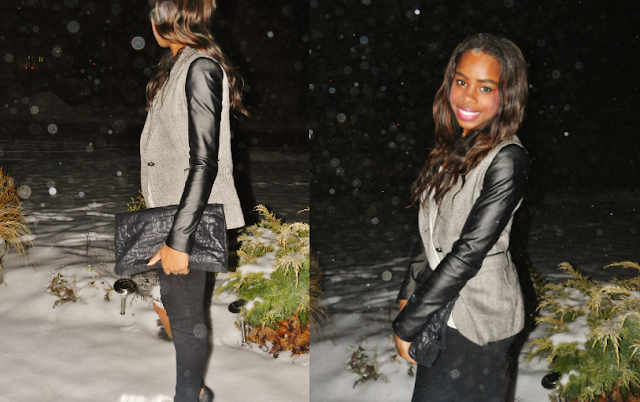 Posted by Canvases And Controversies at 5:39 PM No comments:

Waking up to a snowy morning isn't so bad at all when you have the day off. I actually love winter from within the comfort of a heated home. I've had such a relaxed start to my day and it was just what I needed.

I normally don't make breakfast whether I have the day off or not. I'm either rushing to get out of the house and go to work/school or sleeping in when I have the chance. Today though, I decided to wake up early and fry up some delicious homefries and eggs. It isn't the healthiest of breakfasts of course, but if you know me, then you know that when it comes to food ... I just want to enjoy it! Part of me is considering trying to be a little bit healthier, but we'll see how that goes.
Posted by Canvases And Controversies at 10:03 AM 8 comments:

Since I don't want to be one of those annoying whining people on twitter and I don't have a real following on here yet .. I thought this would be the perfect place to let out my frustration.

So about 6 months ago, two of my friends and I were looking for a house to stay in for my last semester. I originally wanted a 6 month lease because I knew I would be graduating and did not want to be stuck in a year long contract. Well, I wasn't around when my roommates found the house and they ended up signing for a year lease ... which kind of left me stranded because it was either I sign the lease with them (knowing this wasn't a smart idea) or try and find a place last minute by myself which would ultimately be more expensive and a nightmare. Anyways, I sign the stupid lease and I graduated in December. Now, it is almost February and we have no one to sublease the place to and we are all continuing to pay money on a house that neither of us needs. It is so beyond frustrating. Everytime someone commits to getting the house or says they're interested, they back out last minute, leaving us in a frenzy and I'm really starting to lose it.

I knew that getting this house was a mistake. The crazy thing is, it legitimately is a nice house .. large living room, walk in closets .. EVERYTHING ... it's just an awkward time of the year because no one is really looking for a place. This was the time of the year I planned on saving for law school and working to actually do something with my life ... and I feel like all my money is just being thrown away.

Such a waste. I'm in the worst mood right now and I don't want to be bothered by anyone.
Posted by Canvases And Controversies at 4:41 PM No comments:

It has been absolutely freezing in the Toronto area this past week. I'm normally not even one to complain about the cold, but this is actually ridiculous. Regardless, I decided to suck it up and take Versace (the chihuahua that I did NOT name) for a nice walk through the park. He always enjoys the park and as long as I have my IPod with me, I quite enjoy these little walks myself.

After our walk, I still felt the urge to get out of the house. I stopped by Winners and picked up this really nice Adidas jacket. I have a soft spot for anything that's Classic Adidas .. maybe because it always reminds me of soccer. It's the perfect color and it fits so nicely, that I just couldn't NOT get it. I actually really haven't done that much shopping for myself at all since I've been back in Toronto, so it was a little treat to myself.

After that, I was still so cold. I really planned on going straight home after this, but I spotted a Starbucks out of the corner of my eye. I went in and grabbed myself a Caramel Macchiato as I braced myself for the cold. It's amazing the difference a little cup of coffee can make. When I was all warmed up I headed back home to relax and enjoy the rest of my day off. 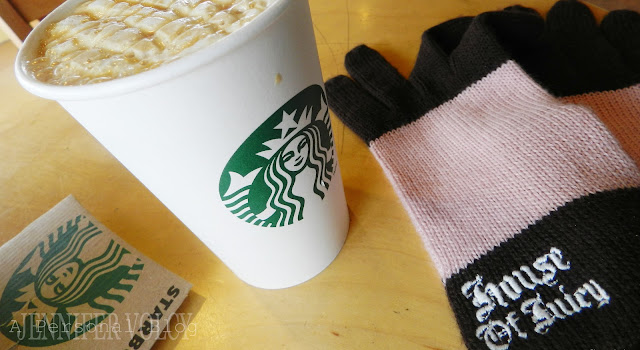 Posted by Canvases And Controversies at 2:15 PM No comments:

So I graduated from university this past December and it was naturally an exciting time for me. I went to school in Baton Rouge, Louisiana and although it is technically the 'capital city', it was still very small town for me. I mean I liked Baton Rouge, and now that I'm back in Toronto, I do miss it and the people that I met there. However, it was time for me to move on to .... wherever I'm headed next.

As of right now, I don't know where I'm headed next. I worked hard my last semester to keep my GPA up and study for the LSAT .. so I guess hard work pays off because I've been accepted to a few law schools. Now ORIGINALLY, I wanted to be close to home ... as close as possible, so I was thinking New York/New Jersey because those are the closest states to Toronto and I do still want to go to an American school. I do still want to remain close to home, however I've been receiving packages and letters from other schools around the country and I have to admit their offers are quite tempting. Now I'm torn ... I'm still waiting to hear back from a few schools and I've been waitlisted at my number 1 school. I'm trying to weigh out the pros and cons and make the right decision ... as it stands right now though ... this Fall, I could end up just about anywhere ... 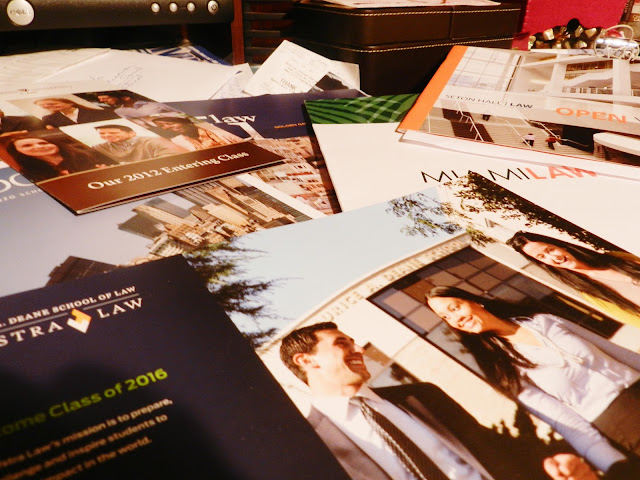 Posted by Canvases And Controversies at 3:57 PM No comments:

So about two weeks ago, I went to Haiti for my grandmother's funeral. I actually hadn't been there since 2010, when I went to help out with earthquake relief. Although I didn't return to Haiti this time under the happiest of circumstances, I still had quite a few enjoyable moments. I was happy to see how much improvement there is now compared to the last time I was there. Everywhere I went, I noticed little things that had gotten better. The airport even had a really nice coffee shop! (And if you know anything about me, then you already know that's the way to my heart). It was just really nice to see the country developing and moving forward, and I'm excited to see where they will go from here. 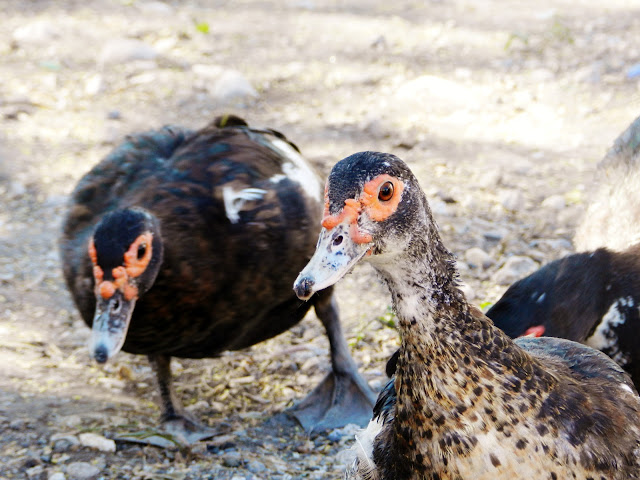 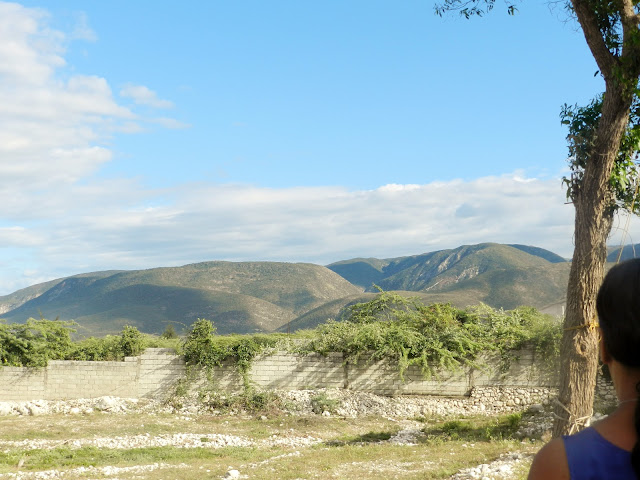 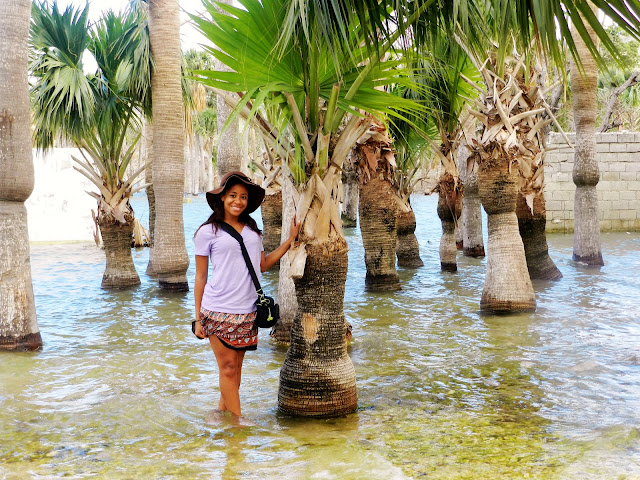 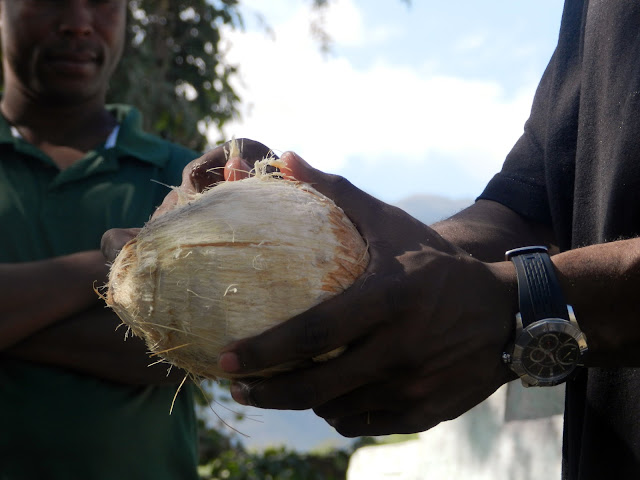 Posted by Canvases And Controversies at 10:21 AM 3 comments:

This is my first post on here and I'm still getting into the swing of things. I've had a blog on Tumblr for a while now, but lately I've just felt like I was growing out of my Tumblr. I wanted to start all over again somewhere else .. hence why I'm here. I suppose you might be wondering what kind of blog this will be ... It's just a personal/lifestyle blog I guess ... and I'll just be posting whatever it is that I feel like posting. Nothing special or out of the ordinary. My main concern right now is figuring out how to make my layout look all nice. Once I get that out of the way, I'll be back on here with some real posts. If you want to know a little more about me, feel free to check out my 'About Me' section of course.

Bye for now.
Posted by Canvases And Controversies at 7:42 AM 5 comments: