So I actually saw this tag going around YouTube. Now, I'm not a YouTube guru or anything like that .. so I won't be posting a video. I did however find it really interesting so I still wanted to do it. I'll just post the questions below and my responses. Feel free to leave a reply with your answers as well ! I'd love to read them. 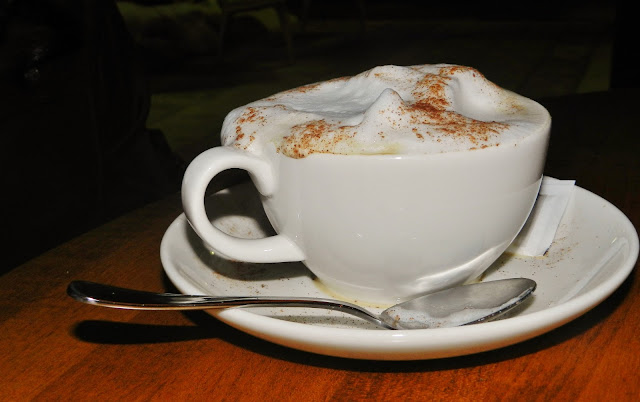 What is your favorite book?
I don't know that I have a single favorite book. I really enjoy reading so I don't think I could choose just one. Just to be typical though, I would go with the Harry Potter series. All of the books were amazing so I think it's a well deserved pick. They provided me with 7 of my favorite books and literally kept me reading from age 10 to 16 or 17 ... J.K. Rowling is truly was one of the most phenomenal authors.

What are your favorite quotes?
"If I am what I have and I lose what I have, who then am I?"

"Time can in fact heal many things, but you've got to give time some time."

"Try to find something to love in everybody, even if it's a small thing. Because there's always something ... there has to be."

"Today let your attitude be, 'I may not look like someone else or have the job that someone else has. That's okay. Nobody will ever be a better me. I'm anointed to be me, I'm equipped to be me."


"Every woman has got to love a bad man once or twice in her life, to be thankful for a good one."

Science or Art?
Art, hands down. No questions asked. I like to create art, I like to see art.

Favorite and least favorite subjects at school?
My favorites were probably English, French ... and Law when I got into high school. My least favorite, anything science related. I hated it. I hated chemistry the most .. but biology was a pain as well, so I'll throw that in there.

Favorite celebrity with a brain?
Natalie Portman. Natalie Portman is inspirational I think, mainly because she's always put her education before her career as an actress. She understood the importance of a good structure and she never compromised that. It's rare that you see anyone in Hollywood put so much focus into something that they don't necessarily have to do. She graduated from Harvard with a degree in psychology and that in itself is rather impressive. One of my favorite quotes that I actually didn't mention above is from Natalie Portman.
"I don't love studying, I hate studying. I like learning. Learning is beautiful."

If you could study anything, anywhere what would it be?
Well, I'm going into law school in the fall .. so that's obviously what I'm interested in .. but other than that ... cupcakes? Bakery school? I don't know if that's an actual thing .. but if it were I would love to do it. I really enjoy baking and cupcakes especially. I would love to own my own cupcake shop in a really pretty big city .. like New York or Paris. I would study cupcakes in Paris!

What is your 'nerdy little secret'?
I've read that dictionary, by itself for fun. I always wanted to be really smart and know all sorts of big and impressive words (however impractical they may be in everyday conversation). But yes, I've been known to read the dictionary.

Favorite beauty gurus who you admire for more than their love for beauty/fashion?
I really like xlovedivine. She talks about a lot more than just beauty and fashion. I know that she's a student, so perhaps that's what makes her a lot easier to relate to. It's just always refreshing to see young women striving to do something more with their lives than just look pretty.

Name something that you're obsessed with that other people would find strange or geeky?
I don't know that I'm obsessed with anything. Maybe Netflix? I have a really hard time watching any television show on the actual TV and not online. It's because I get so hooked that I can't stand to wait a week in between episodes. I would rather wait til the entire season has finished airing (or a few seasons) .. and then watch them all back to back on Netflix. I guess that's kind of weird.

Name five people (excluding friends and family) who inspire you?
Demi Lovato, because of how she overcame her very public struggles in recent years. Ralph Waldo Emerson, I love his quotes and he seemed to be very wise and insightful. Coco Chanel, because of her confidence. J.K. Rowling, for having created something so moving and magical. Beyonce, I admire the fact that she puts herself before the public. She's always managed to keep her private life private .. and though others may not like that about her .. I respect it. I don't think anyone has the right to force their way into someone's private life .. and I like that she's always stood up for herself in that regard.

Who is your intellectual soulmate?
I don't know that I have one. Maybe I do somewhere, but I can't think of one at the moment or maybe I haven't met them yet. In either case, I hope to one day.

Posted by Canvases And Controversies at 7:36 PM