So last night/this morning, Toronto experienced the worst blizzard in approximately five years. Now normally, this would deter me from leaving my house .. however I was craving brownies! Unfortunately I didn't have any at home, nor did I have the right ingredients to make brownies. I left my house in this storm, on foot I might add. To date, it was the worst life decision that I have ever made. Let me just stress the fact that I nearly froze to death. I literally had to stop and buy an extra pair of socks on the way home to put on. The winds were ferocious and I couldn't see through the blinding snow that was hurling vehemently towards my face. In the end, I didn't even make it home with all the ingredients. The evaporated milk and my sticks of butter perished during the journey ... so ultimately, I had to improvise. 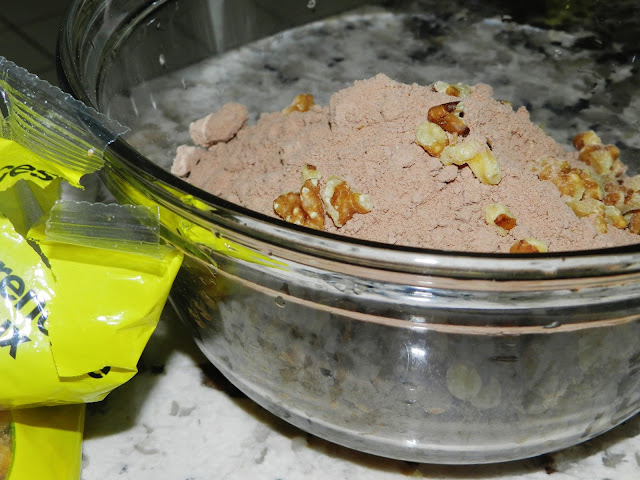 The brownies weren't that difficult to make, as they weren't entirely made from scratch. I used Swiss chocolate Duncan Hines cake mix and added it to a large mixing bowl with chopped walnuts. Since my evaporated milk didn't make it home, I used whole milk to make my own. Basically what I did was heat a little bit more than 1 cup of whole milk, until it refuced to 2/3 of a cup. I then added that to the mixture, along with 1/2 cup of melted margarine. 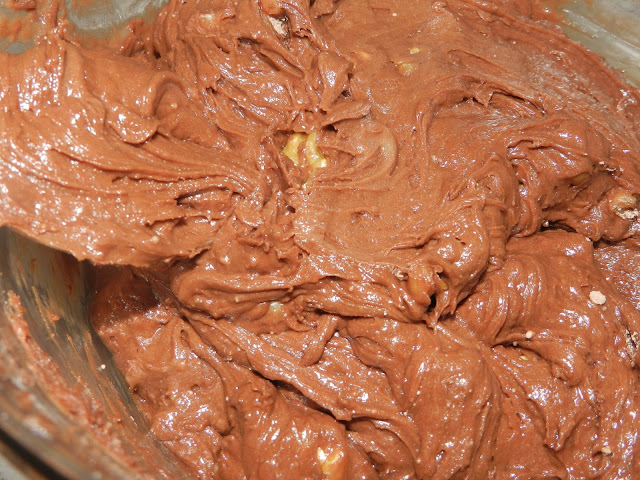 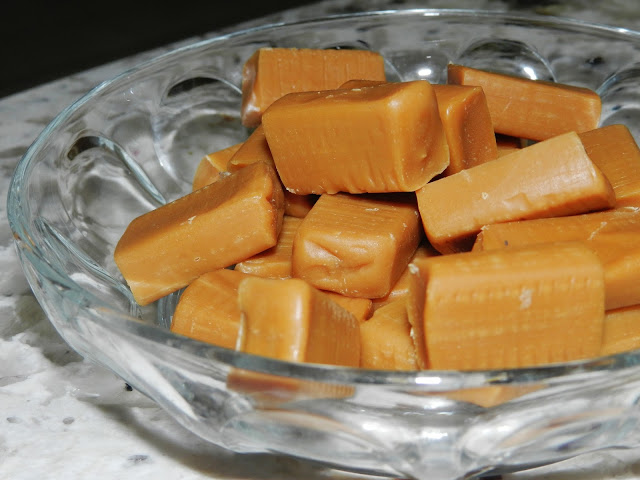 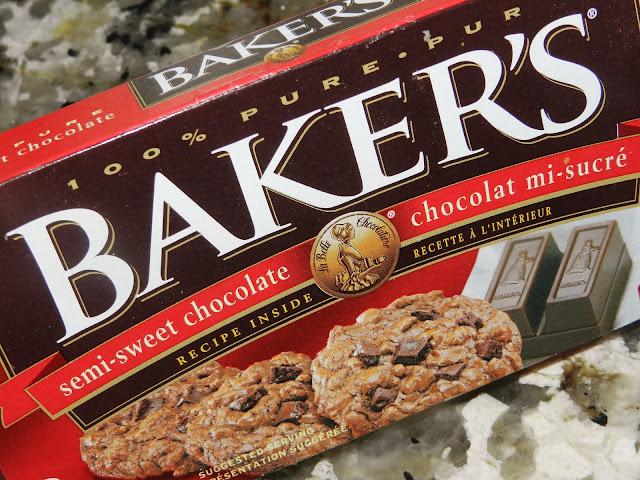 I spread half of the mixture on the bottom of an ungreased 9x13 cake pan. I let it bake for about 15 minutes. While I was waiting for it to bake, I unwrapped and melted a bag of Werther's Original caramels, mixed with 1/3 of my evaporated milk. I then chopped about two pieces of these Bakers chocolates into morsels. 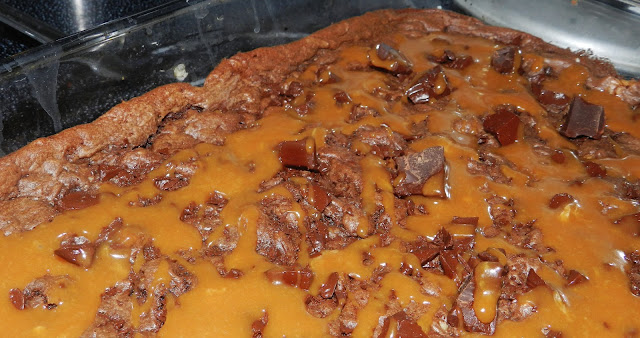 When the first layer of brownie came out of the oven, i sprinkled the morsels over the brownie. I also drizzled the caramel mixture on top of that. I then poured the remaining batter over the brownies and baked it again for about 25 minutes at 350 degrees. I actually bought some fun cookie cutters while I was on my winter adventure earlier. I thought that I would have the patience to cut out all of my brownies into cute little shapes. I was kidding myself. This is about as far as I got .. and then I opted to eat the brownies out of the tray. The end. Moral of the story? Don't leave your house in a blizzard. 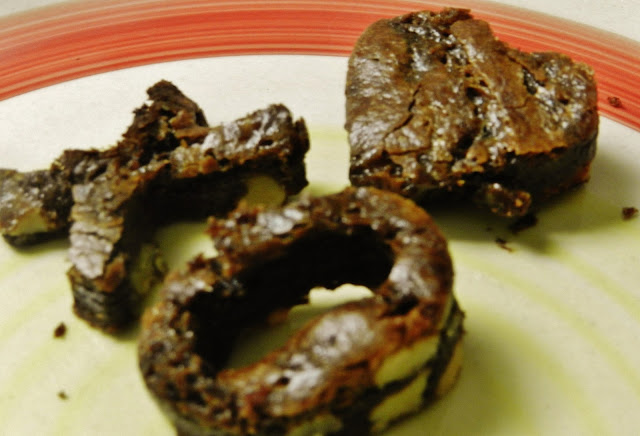 Posted by Canvases And Controversies at 4:53 PM