Last night, my sister and I went out to see the Raptors vs. Pacers game in downtown, Toronto. It wasn't my first Raptors game by far, but it was the first that I've been able to go to this season. Unfortunately ... the Raptors did not come out on top. I was really hoping for a win, as they've actually been pretty decent this season. Their most surprising wins for me were a win against the Lakers earlier on .. and the Knicks not too long ago. They had a good little streak going for a little while. 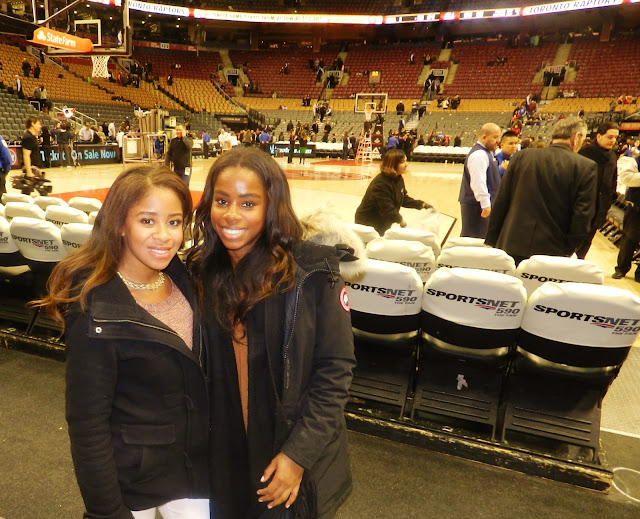 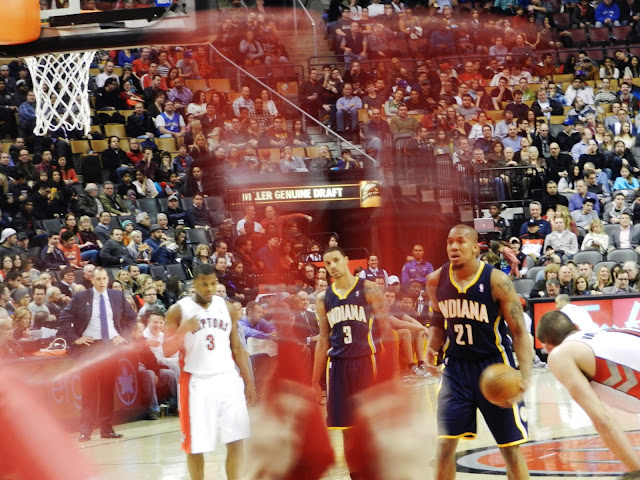 Win or lose, we went out and had a really great time. Enjoyed some game junk food ... and I finally got to see Rudy Gay play. It was a really fun night. Hopefully, the Raptors play better in their coming games. I obviously know that they're not winning any championships this year ... but I have really high hopes for them in the coming seasons. So, on that note, Good luck Raptors and thank you for an awesome night.

Posted by Canvases And Controversies at 6:06 AM