The Dinner by Herman Koch *UPDATED*

Excuse the poor photo quality. So this is my current read. I'm more than half way through it right now and I'm really enjoying it. When it started off, I wasn't sure where the story was heading and I felt like it was all over the place. Fortunately, it started to get into the juicier details and that really saved it and tied different parts of the story together for me. I wish I could explain what it's about, but I'm really terrible at doing that without giving away the story. Instead, I'll include an excerpt from online (this is what made me want to go out and purchase the book in the first place) 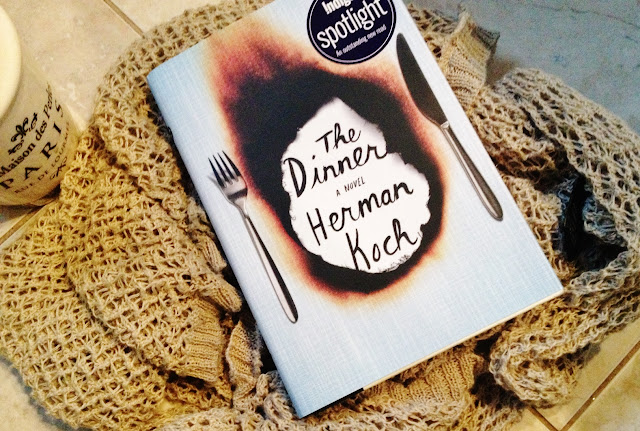 "It''s a summer''s evening in Amsterdam, and two couples meet at a fashionable restaurant for dinner. Between mouthfuls of food and over the polite scrapings of cutlery, the conversation remains a gentle hum of polite discourse -- the banality of work, the triviality of the holidays. But behind the empty words, terrible things need to be said, and with every forced smile and every new course, the knives are being sharpened.


Each couple has a fifteen-year-old son. The two boys are united by their accountability for a single horrific act; an act that has triggered a police investigation and shattered the comfortable, insulated worlds of their families. As the dinner reaches its culinary climax, the conversation finally touches on their children. As civility and friendship disintegrate, each couple show just how far they are prepared to go to protect those they love."


*UPDATE*
I've finished reading the book and I'll admit, it was a good book. I hate it though. Not because it was poorly written or uninteresting or anything like that ... It was completely captivating! As a matter of fact, I could not put it down towards the end because I had to know what was going to happen. As I was reading it though in anticipation of a "Jenn approved ending", I just knew that I didn't like where it was heading. I hate the character ... I think he's the biggest ass and I just wished things had ended differently. In either case, the book was good ... read it if you want. If you're anything like me though .. you'll be irritated by the author's literary choices.
Posted by Canvases And Controversies at 5:36 PM