Since the holidays are quickly approaching (not too quickly since I still have exams though) I thought I would put together my little holiday wishlist. These aren't necessarily items that I'll be asking anyone for as I'm not actually handing out a wishlist to family and friends, but they're just a few things that I'd love to have.

1. Nespresso Machine/Starubucks Gift Card: I love coffee and spend way too much money on it. Basically, either of these things would just be a life saver for me. Having worked in a coffee shop for quite some time, I know how to make all of my favorite drinks- I just need an espresso machine to help me out (and some Starbucks money for my lazy days).

2. Black Loafers: One can never have too many pairs of loafers. They are office friendly, super comfortable and a quick way to finish off an outfit. These ones here are from H&M, so they're also pretty affordable.

3. Black Watch: I have a gold watch from Michael Kors that I love and normally wear when I want to polish off an outfit, but sometimes I just feel like everything would come together more if I had a black watch. Some outfits just call for black and this would be a lovely addition.

4. Zara Office Bag: I love big bags. I carry a lot of things with me and small purses generally just will not suffice. I love Zara's office bags because they're very structured and they have this sophisticated appeal to them. They make the perfect work bags.
Posted by Canvases And Controversies at 11:36 PM 12 comments:

10 Things I Learned My First Semester 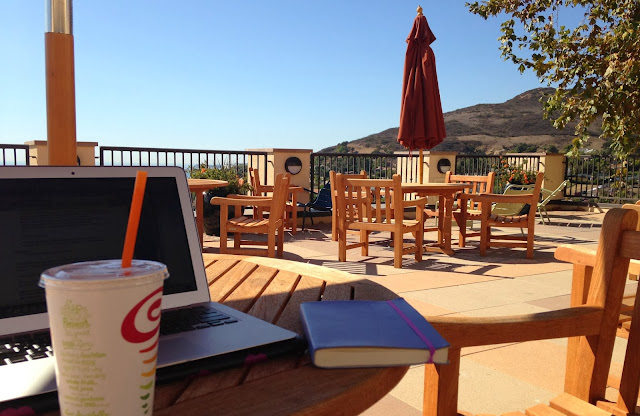 Posted by Canvases And Controversies at 5:39 PM 8 comments:

So I was nominated for the Liebster Award by Grace and Gratitude. It's taken me a little while, but I'm finally getting around to it and I'm very excited about that. So .... Without further adieu!

Eleven Interesting Facts About Me:

1. Although I'm a Cali living, former Louisiana resident and Canadian ... I was actually born and spent the first few years of my life in Brooklyn, New York. BK STAND UP ! But I've been told I still have zero street cred.

2. My parents insisted on signing me up for piano lessons. They actually signed me up twice and both times I quit to play the drums. I was a tomboy and piano was just too girly for me.

3. I love to bake cupcakes more than I love to eat them. In undergrad I would bake all the time and decorate my cupcakes all pretty. I took it really seriously (and my roommates would usually do the eating) .. now that I live alone, I don't really bake that much anymore. It's kind of sad.

4. I love watching YouTube beauty gurus. I could spend all day doing that (if I had all day) ... my favorites are Tasha Green, Andreas Choice, and Beauty Crush.

6. When I was twelve I had a hamster named Victor. I named him after the ghost from the movie The Others. My mom could never remember his name; she insisted on calling him George.

7. Contrary to most people, I actually do NOT like Bourbon St.  I mean, I can tolerate it during the day, when there isn't a huge event going on ... but I really just don't care for the crowds of drunk people stepping on me or the obnoxiously huge horses.

9. It's cliche, but of all the American cities I've visited, I probably had the most fun in Vegas. I was with one of my bestest friends and even though it was just the two of us, it was a week I will never forget. I had so much fun.

10. When I was thirteen, I was MVP at the end of my club soccer season. The ceremony was on a Sunday so my dad tried to rush me there after church. We didn't make it in time and missed the ceremony. The next week when I went to pick up my medallion, the people told me they'd lost it. Instead I got the regular team trophy and some random trophy from a previous year that I had nothing to do with as consolation.

11. This shouldn't be news to anybody ... but I really really really love coffee. The only things on my Christmas list this year are an espresso machine and a Starbucks gift cards.


Read more »
Posted by Canvases And Controversies at 6:32 PM 14 comments: 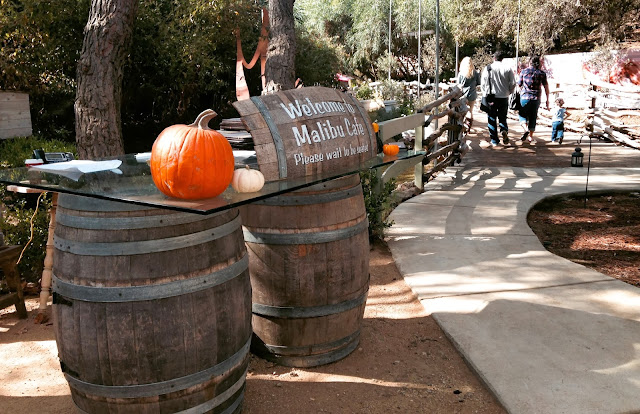 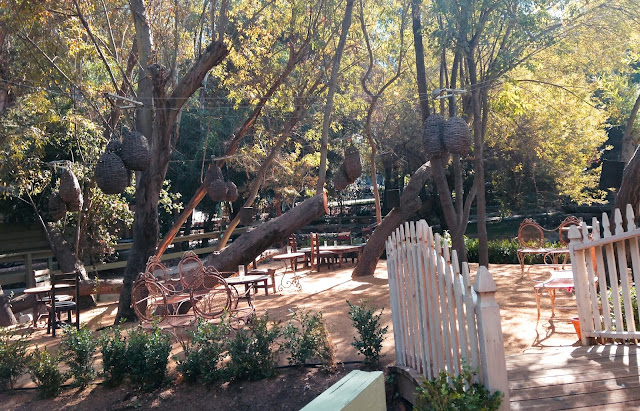 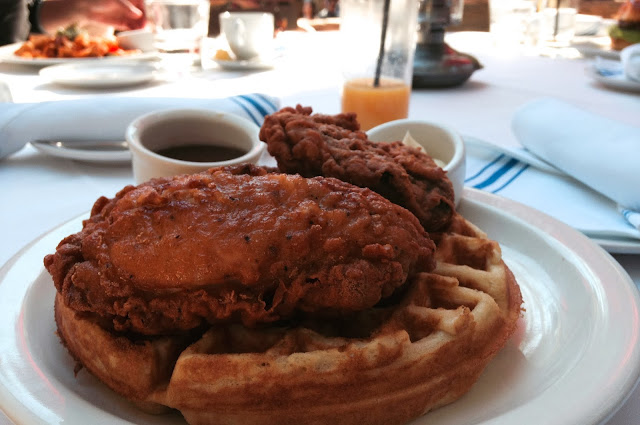 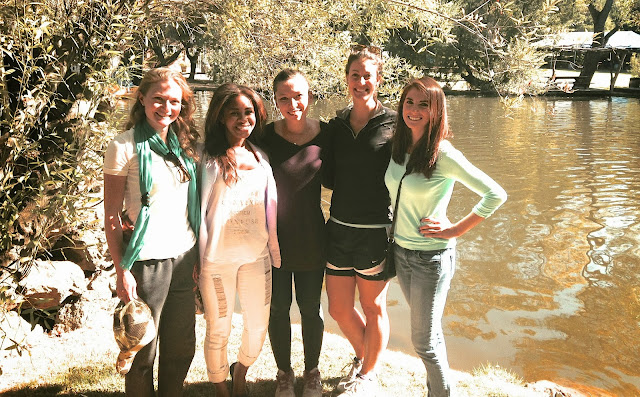 One of my favorite spots since moving to California has been the Malibu Cafe. It's just so pretty  and mystical looking; it seriously reminds me of Alice In Wonderland. I just love it there! This past weekend, a couple of my friends from law school ran the Malibu Marathon. I didn't run with them, but I'm seriously regretting it now as the route was so beautiful and it's a big accomplishment. Maybe next year. Anyways, we went out to brunch at the Malibu Cafe afterward to celebrate. Apart from the gorgeous scenery, the food there is also incredible. I had the Chicken and Waffles of course! They were to die for. The waffles were sweet enough on their own that I didn't even need the syrup and cream- heaven! I would seriously seriously recommend this place to anyone in the Malibu/Los Angeles area. It's sort of in the boonies of Malibu, but definitely worth the drive.

Also, it's been brought to my attention that I've been sort of slacking with my posts lately. I'm aware and I do apologize. I'm just super tied up with school now that the semester is winding down. I'm actually in the middle of my open memo, but I do promise to include an actual law school update soon! Hope everyone is doing well.

Posted by Canvases And Controversies at 5:38 PM 20 comments: 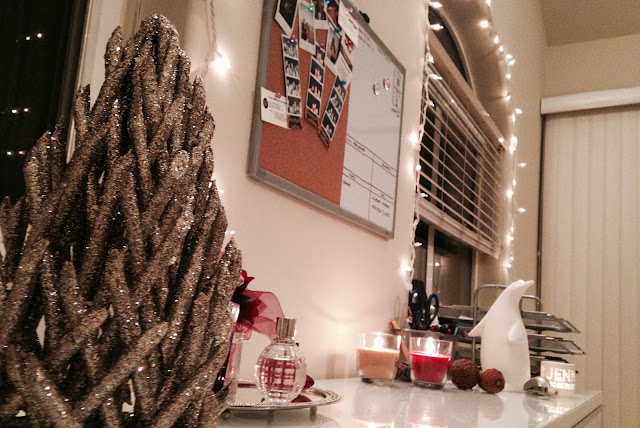 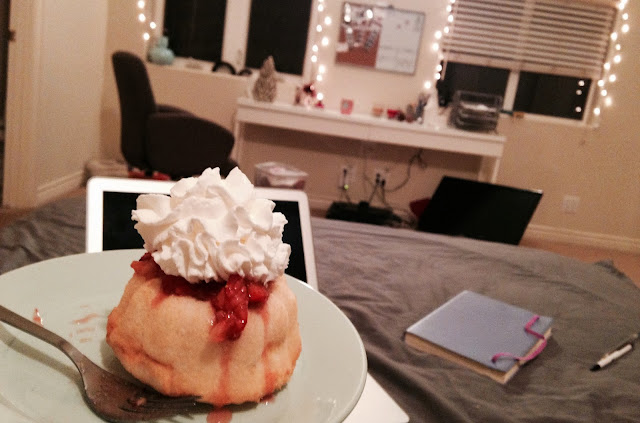 I know I'm a little early, but it's officially Christmas time at my house. Halloween is gone and I couldn't be happier because it means my favorite day is coming up! Since I've been away from home for so many years, there are very few times when I get to go back and see my family. Christmas is one of those times. Apart from all the festive decor and gifts, it really is just a great holiday to spend with the people that I don't get to see as often anymore. It's always a happy time for me and I can't wait to go home. Til then, I'm going to enjoy my little decorations that I put together last night. It's a great way to remind me to hang in there; the end of the semester and greatest time of year, are right around the corner :)

Also, I put together the simplest dessert ever to make: Strawberry Pound Cake!
All you need is one of those store bought mini round pound cakes (they can usually be found in the bakery section of the grocery store). Mix and mash up some strawberries in a bowl with sugar to drizzle over it, then top with whipped cream- I prefer Reddi Whip! TADA ! Masterpiece and so delicious!

Posted by Canvases And Controversies at 9:08 AM 24 comments: