It's been a while since I've made a music post.  I found this song about a month ago but I never got around to showing you guys.  I'm sure you all remember little Jamie Lynn Spears.  I used to love watching Zoey 101 when I was younger and dreamed of going to PCA!  It was a cute little Nickelodeon show that got cancelled when she became pregnant at 16.  It was quite the scandal at the time and then Jamie Lynn Spears really just disappeared.  To be honest, I respect her for it.  I couldn't imagine having to deal with a teen pregnancy, especially when you're in the public eye.  I always found it commendable that she was able to just step back and make the right decisions for herself and her little family.

Anyway, recently she came out with a new song after years of flying under the radar.  It's a cute little country song and she's all grown up now.  The song kind of has a Carrie Underwood feel to it (as does her look).  It's called How Could I Want More and I've had it on repeat.  Hope you all enjoy it as much as I am right now.
Posted by Canvases And Controversies at 5:48 PM 12 comments: 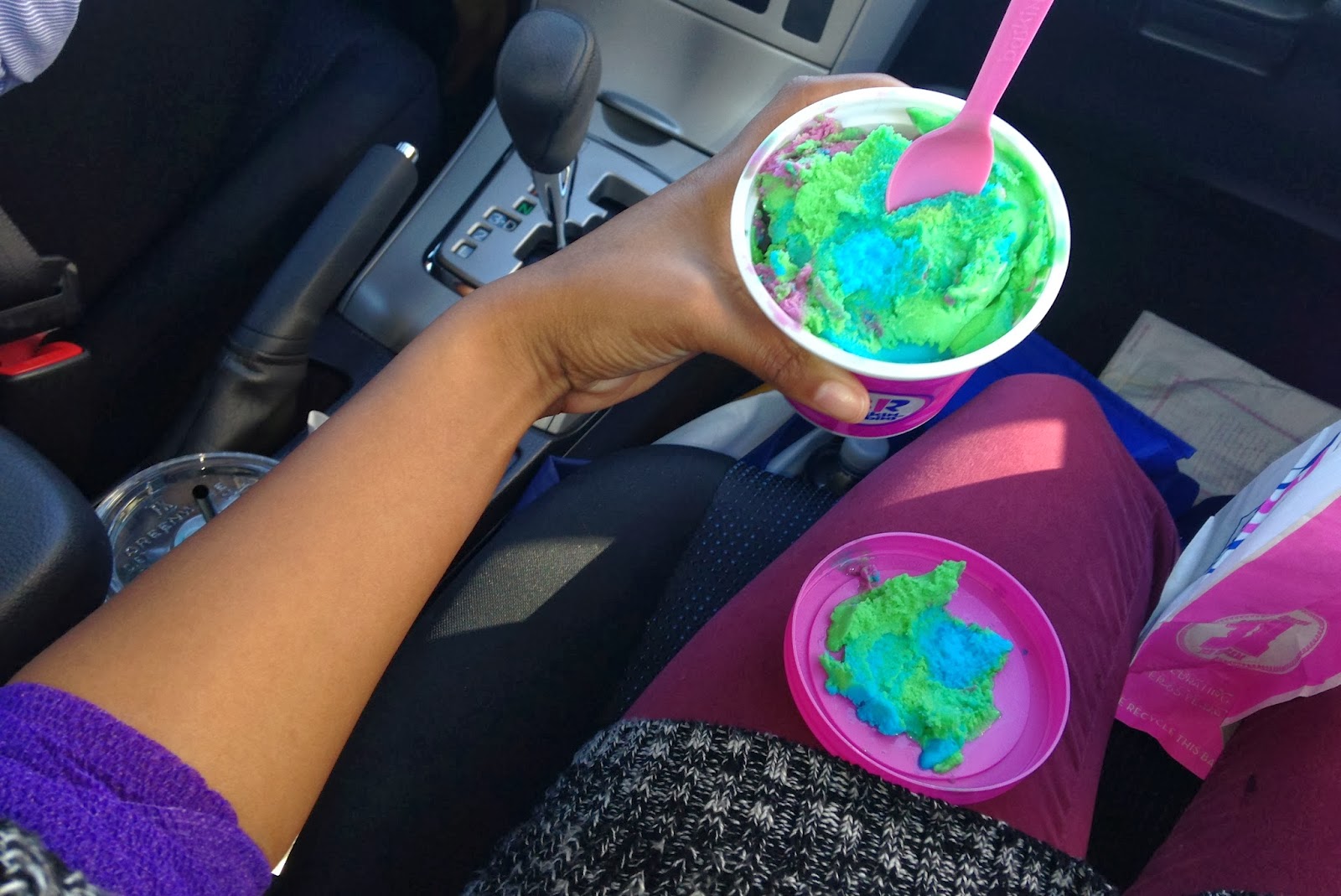 I went out to the farmer's market today in Calabasas with a few girls from my section.  I originally just planned on going out there with them for a breakfast burrito date + coffee date, but plans changed while I was there.  We were approached by a couple of young women asking if we would be willing to donate blood today.  It's something that I've always wanted to do so I figured today was as good a day as any other.  I'm so glad that I did it and it wasn't nearly as dreadful as one might think.  It was over pretty quickly and they provide you with a nice variety of snacks during.  I also received a voucher to go to Baskin Robbins and receive a free pint of ice cream (I got the Wild N' Reckless sherbet).  All in all, it was a good day.  The weather was beautiful and I actually feel like I did something positive today.  One thing that I have been wanting to work on is just being more open and "paying it forward" in small ways.  This was a lovely first step and my first time definitely will not be my last.

Also, I've received a couple questions on my Tumblr that I do want to answer ... but I'm not sure if doing that actually warrants its own post, so I'm just going to throw them into this post.  Hope no one minds !! I'm considering starting an ask.fm account, just because it might be easier than people finding me through my old Tumblr.  I haven't decided yet.

1. Why do you blog/ why did you start blogging?
I started blogging just as a hobby honestly.  I really love reading other people's blogs and it's something that I just enjoy and find relaxing.  It also serves as a sort of online journal/memory book.  I started this blog in particular right after I graduated from university and was applying for various law schools.  It's just nice for me to be able to go back and see how everything has progressed.  I really just blog for myself I guess.

2. Do you ever feel like people are judging you?
I'm not sure if this question pertains to my blogging in particular or in everyday life.  I feel like people judge, that's what they do.  I don't necessarily know or care to know what everyone is thinking about me 24/7.  I just live my life ... I try not to worry about things like that too often.

Posted by Canvases And Controversies at 6:44 PM 12 comments:

Since this weekend was a long one, I decided to drive up to Vegas to see a couple of my friends from undergrad that live up there.  It's normally about a 5 hour drive from where I live in Cali, but the LA traffic was so bad when I left on Friday that it took me nearly 8 hours! Anyway, the ride home was great ... I made it back in under 5 hours so I'm pretty happy about that.  It's also the longest road trip I've made by myself *hairflip* ... 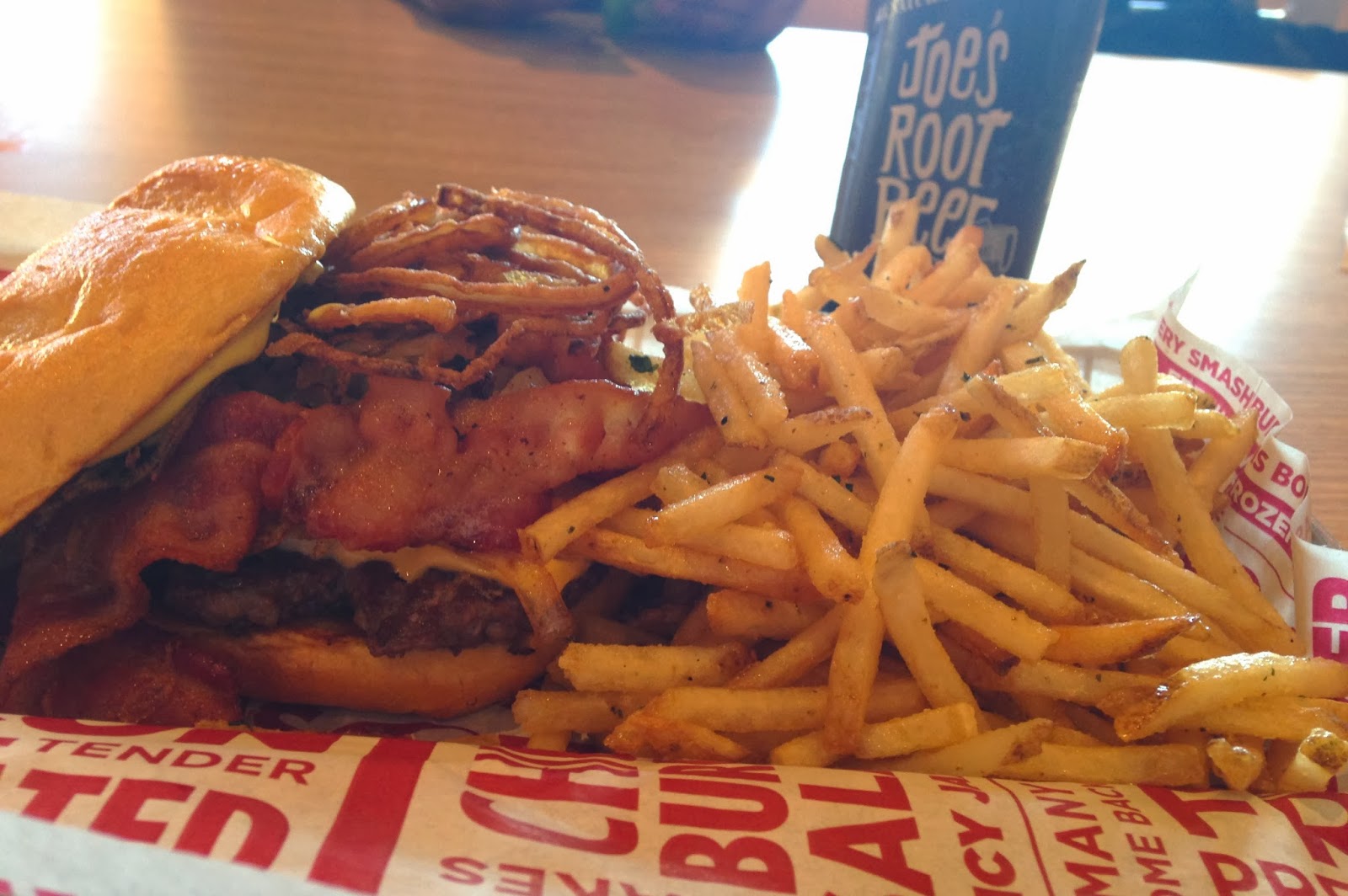 I tried Smash Burger for the first time while I was there and it was delicious!  I know that they have them in LA but I've just never gotten around to trying it- probably because I really don't eat burgers that often anymore.  Anyway, it was worth the hype (I prefer it to In-N-Out to be honest). 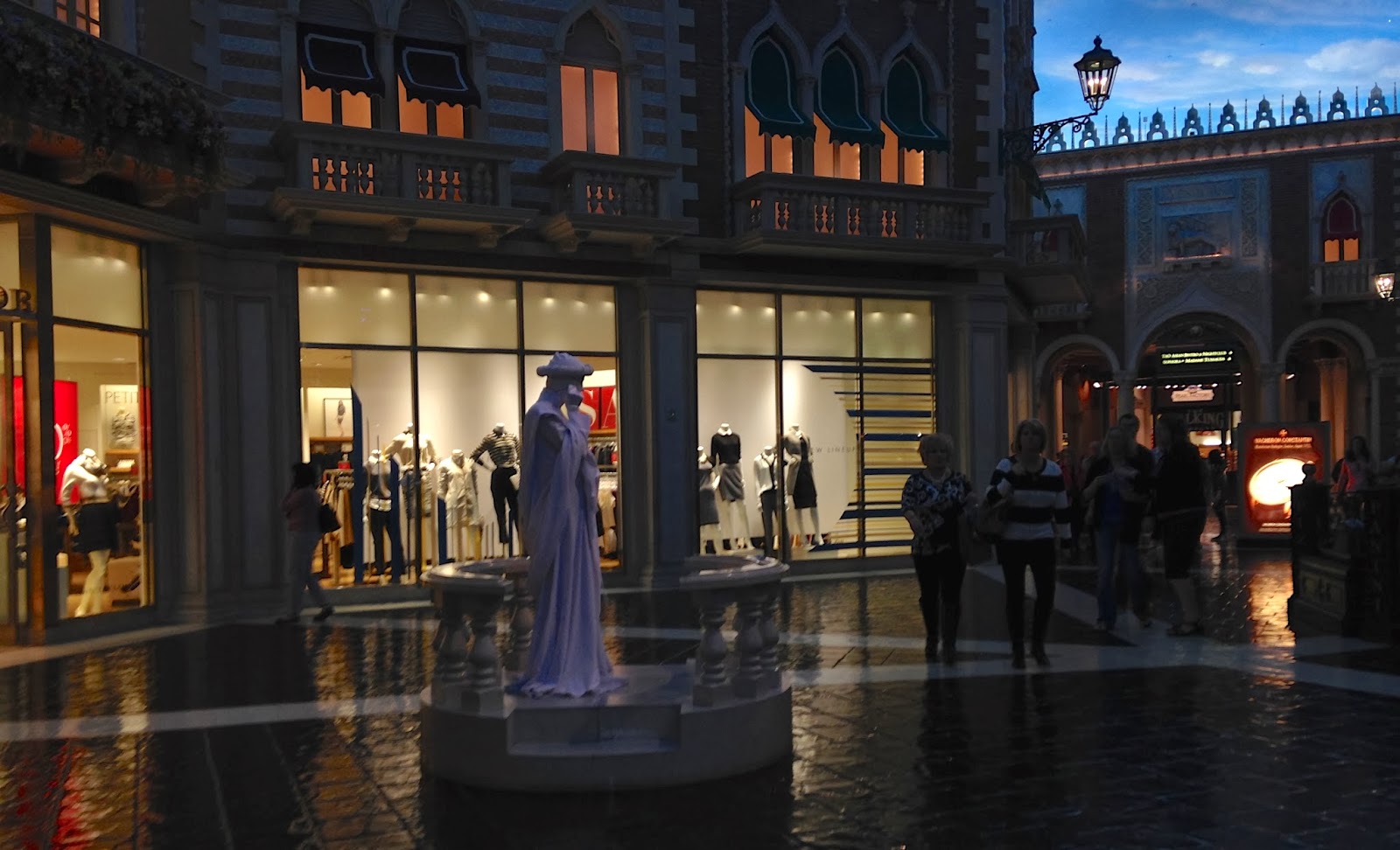 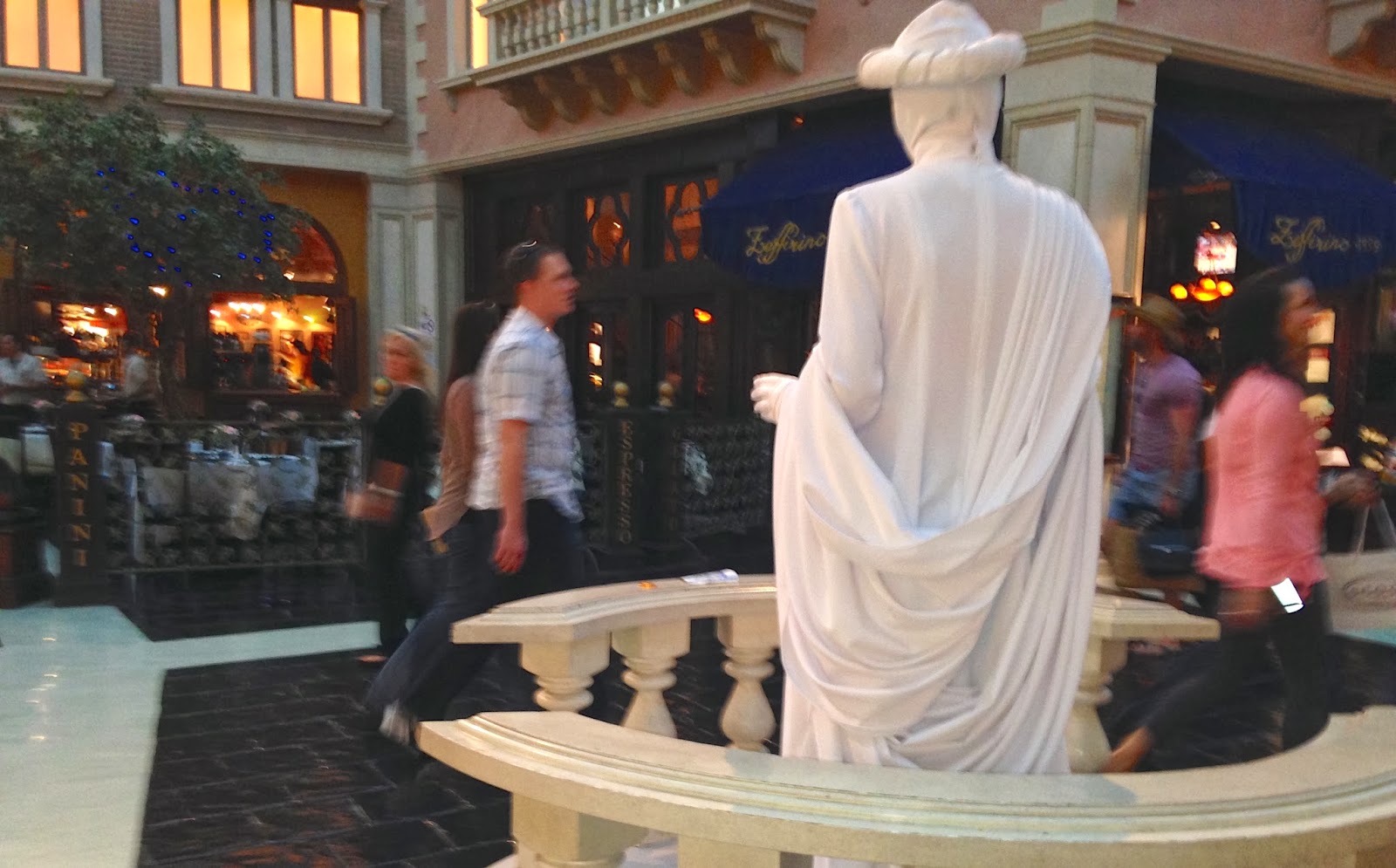 I also did a little bit of shopping in Henderson before meeting up with a friend at the Venetian.  We didn't have time to ride the gondolas which was a little sad.  I didn't ride them the last time I was in Vegas either so I swore that I would this time ... but I guess that just means I'll have to go back!  We were also debating between several places to go out that night, but we finally decided on Hakkasan in the MGM Grand.  It's a relatively newer club I believe (I don't remember it being there when I last visited) .... in either case, it's very pretty and it was definitely poppin that night.  It also made me appreciate my lack of a Y chromosome as they were charging guys $100 at the door.  CRAZY!

Finally, I spent my last day/evening shopping at The Fashion Show Mall and roller skating with my friend and her family.  I have to admit, this was my first time roller skating EVER and it was a bit of a struggle my first couple of minutes.  I used to figure skate/roller blade when I was younger ... so for a while I was trying to treat the skates as though they were blades.  Bad idea!  Needless to say, when I finally realized I was going to have to lift my entire foot with every stride, things got better!  I had so much fun and it was really great to see my friends.  I think they're planning on road tripping to California soon so I'm looking forward to that.  Such a great weekend!  Now back to school mode :)

Posted by Canvases And Controversies at 10:42 PM 12 comments:

Grades Are In // Enjoying Each Moment

I'm actually in the library right now and I should be reading for my Criminal Law class (I'll get started in a minute) but first, I wanted to update you guys!  Grades came in Friday afternoon at 3pm and it was such a nervewracking day.  Everyone was on edge and my friends and I were debating on whether or not to stay on campus and look at our grades or just disperse.  I opted to drive home immediately after my last class on Friday so that I could look at my grades in solitude and mourn alone if necessary.  I was so nervous that I actually switched my music from Drake to gospel music on the way home- hoping that a little bit of divine intervention would do the trick. Welp, I received my grades for the first semester of law school and *drumroll please* yours truly did not flunk out!  I actually did well.  My lowest grade was a B and I was pleasantly surprised and happy about that.  I was especially nervous for my Legal Research and Writing class but I guess my open memo was fairly good after all.


That said, I spent the weekend enjoying some time at the beach.  I went to Howdy's Taqueria in Malibu for breakfast yesterday morning.  I went to the beach shortly after that and it wasn't even crowded.  It was just a lovely day and I feel like I have such a weight lifted off my shoulder now that grades are in.  I hope everyone had a great weekend :)
Posted by Canvases And Controversies at 1:42 PM 26 comments: 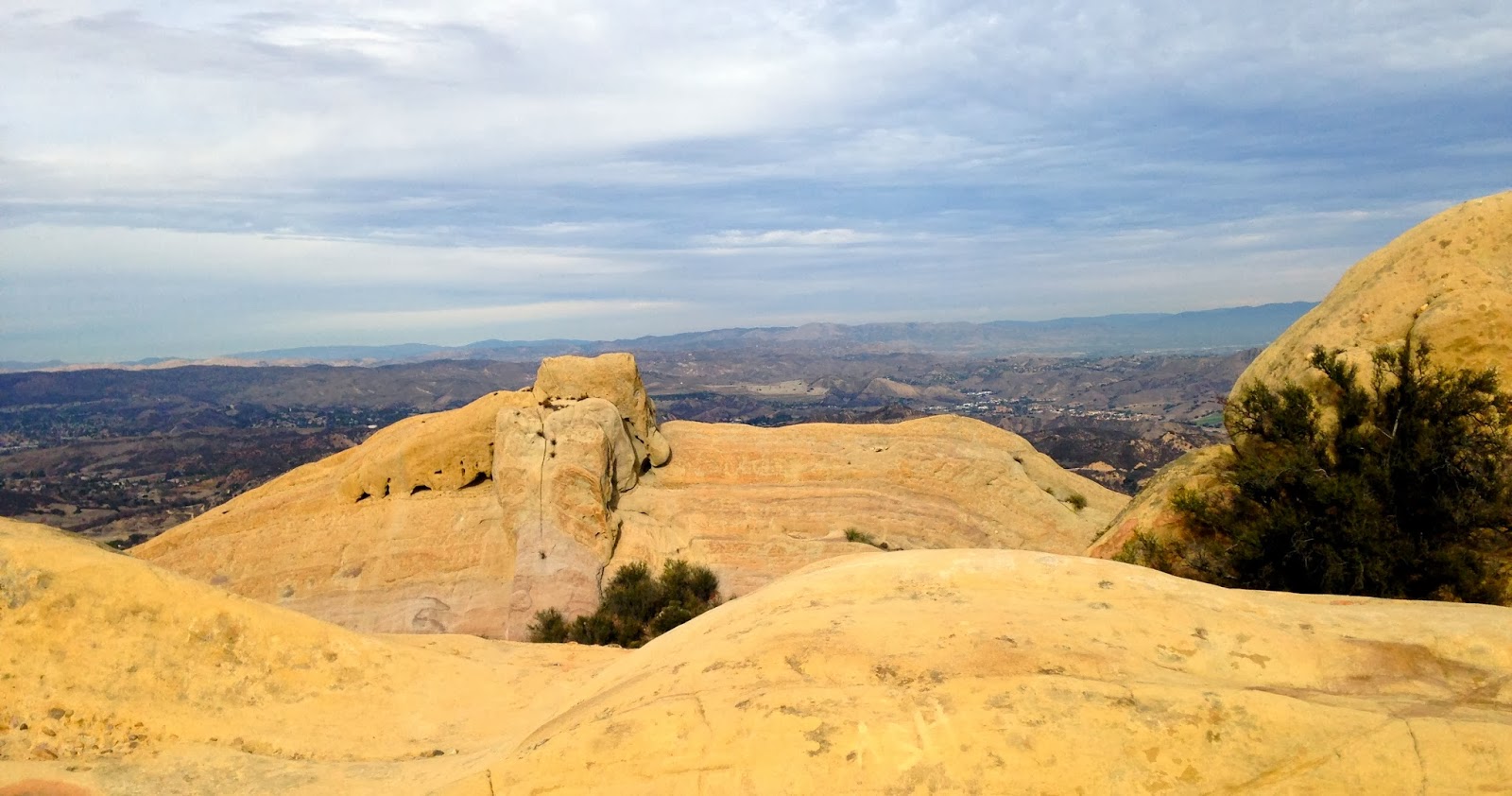 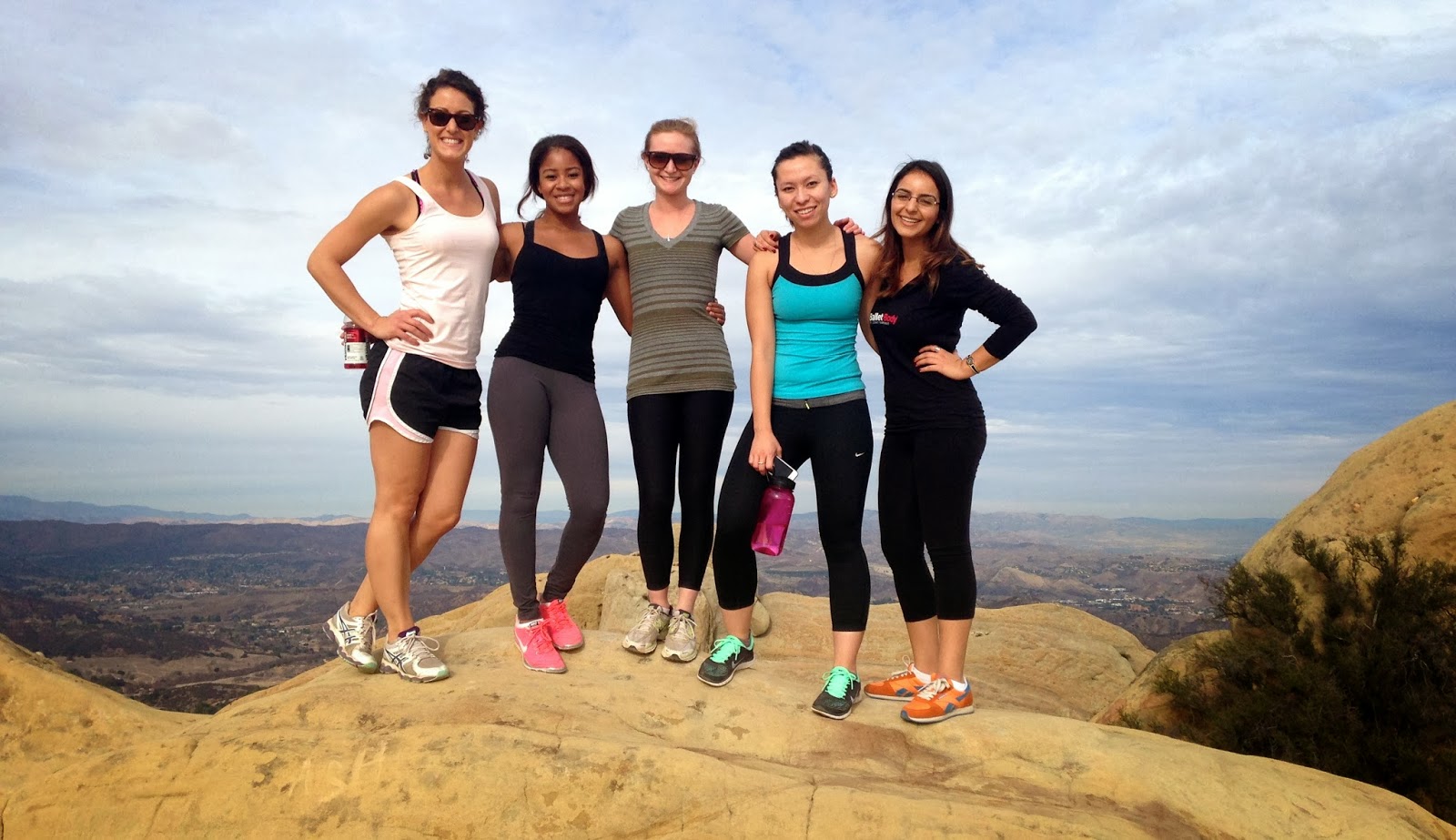 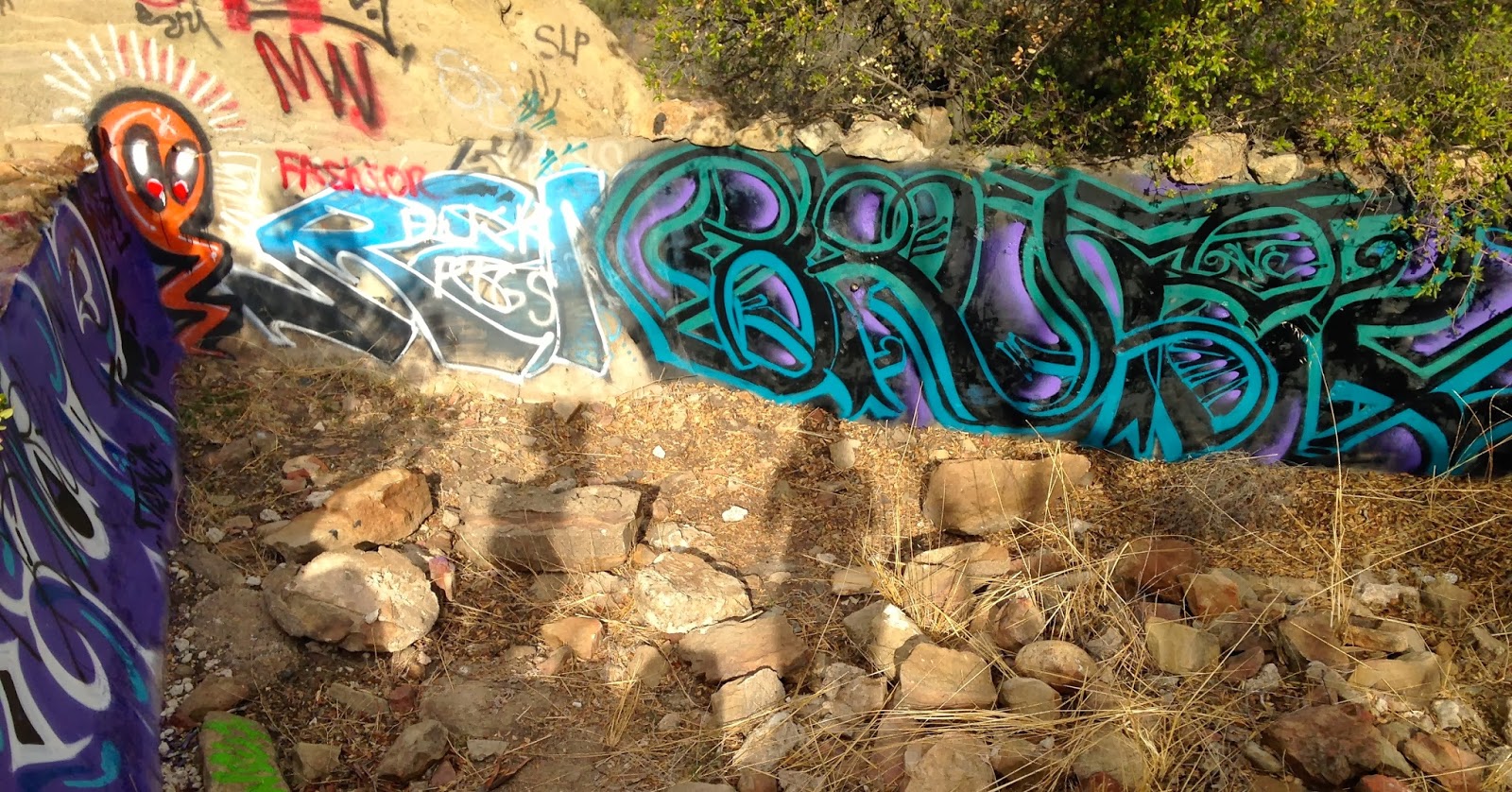 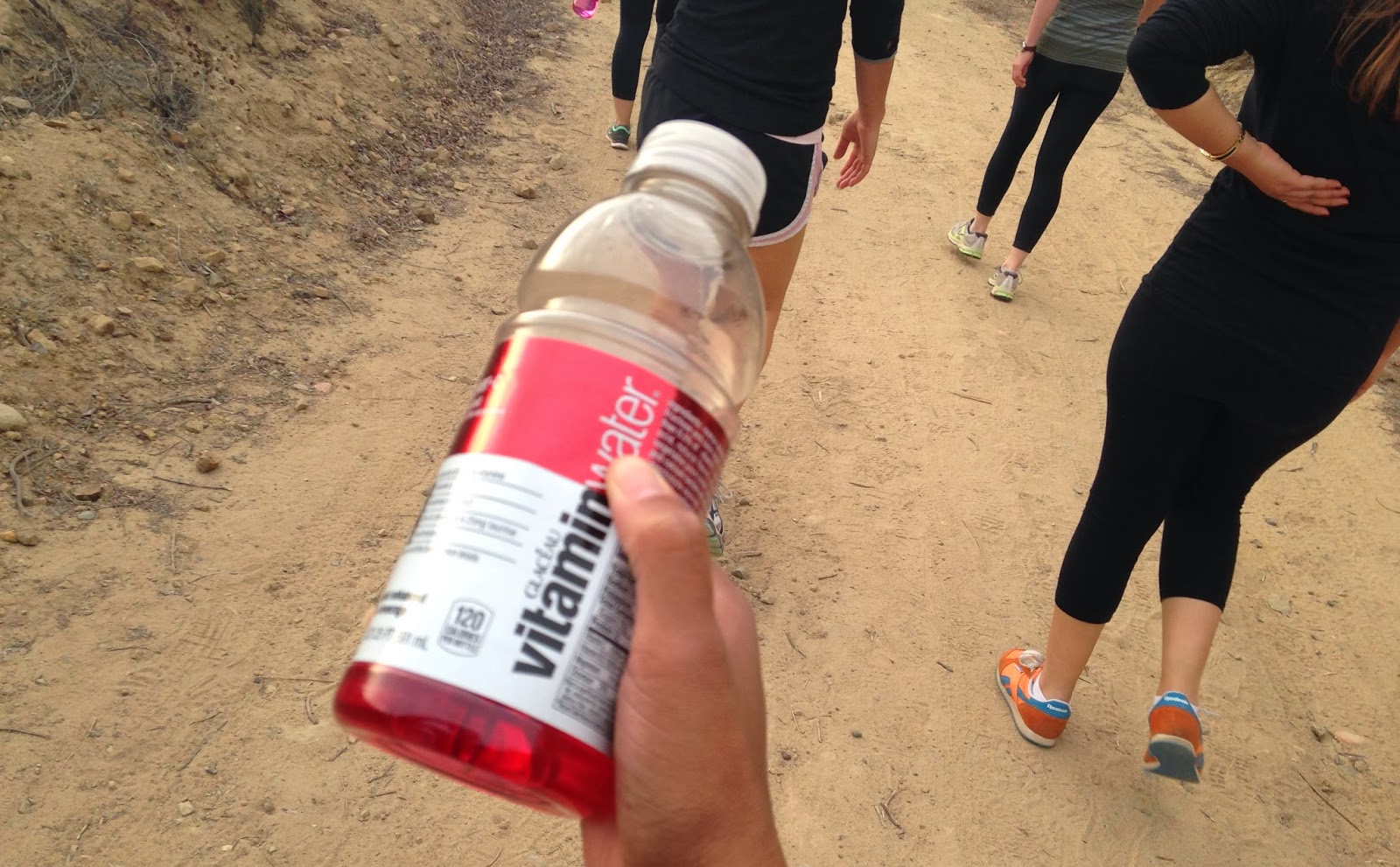 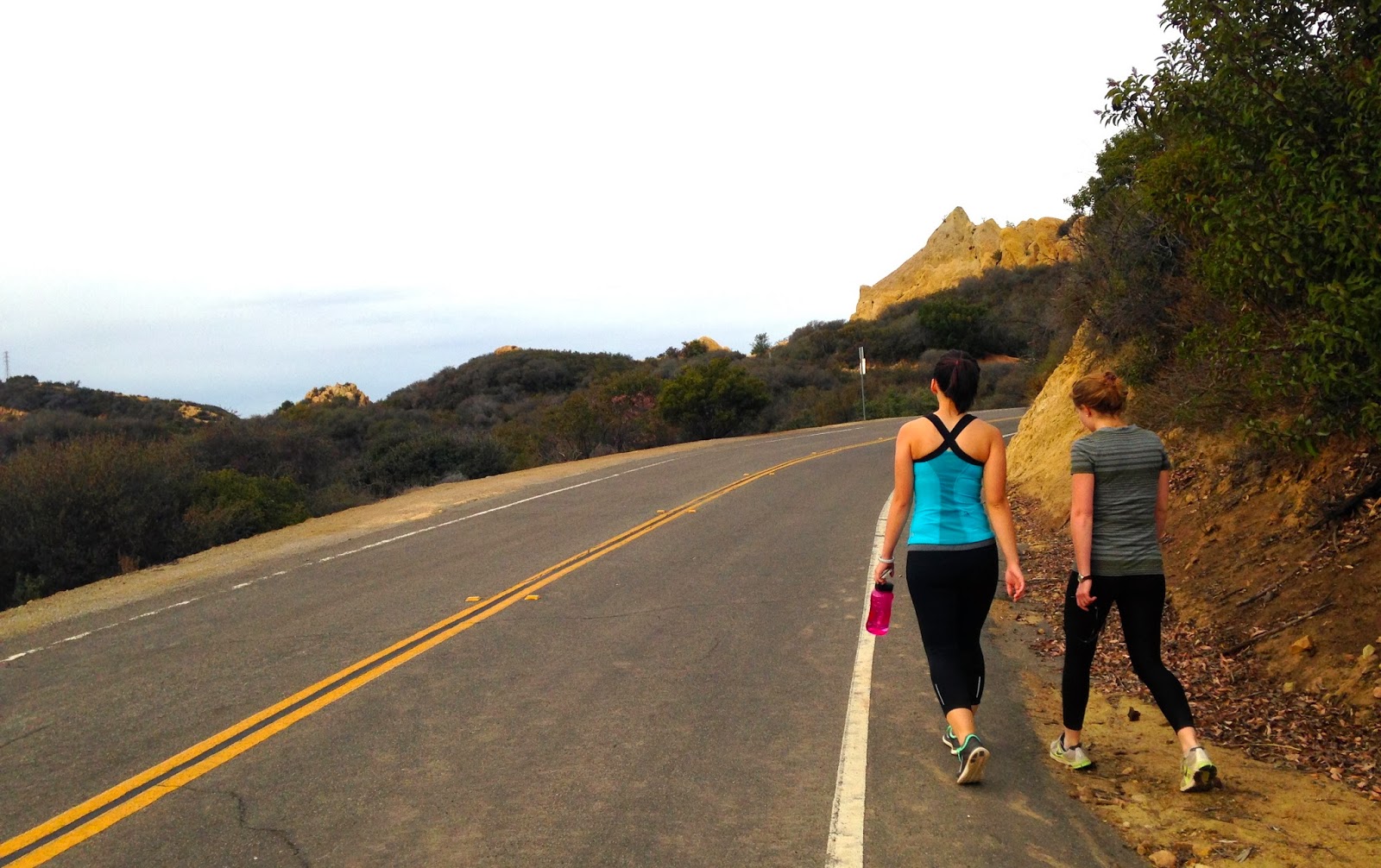 Although it isn't my goal for the month of January, one thing that I do want to work on in 2014 is being healthier in all aspects of my life.  I will be first to admit that I've neglected my physical fitness since I graduated from university.  I played varsity soccer for all four years and I kind of used it as my excuse to not work out.  I would just think to myself "well I'm not fat yet", so that was enough to keep me from being active.

Well this year, I've come to terms with the fact that being active isn't just about how you look on the outside.  Exercising really does affect the way you feel, your energy level and how you perform across the board.  Thankfully I'm surrounded by friends that feel the same way.  Today after class we went on a hike through some gorgeous Malibu canyons and it was so much fun.  It's a great way to exercise without doing anything too strenuous ... and when you're surrounded by such beautiful scenery, it's almost a shame not to.  I definitely plan on doing this a lot more often.  Such a great activity!
Posted by Canvases And Controversies at 5:50 PM 12 comments: 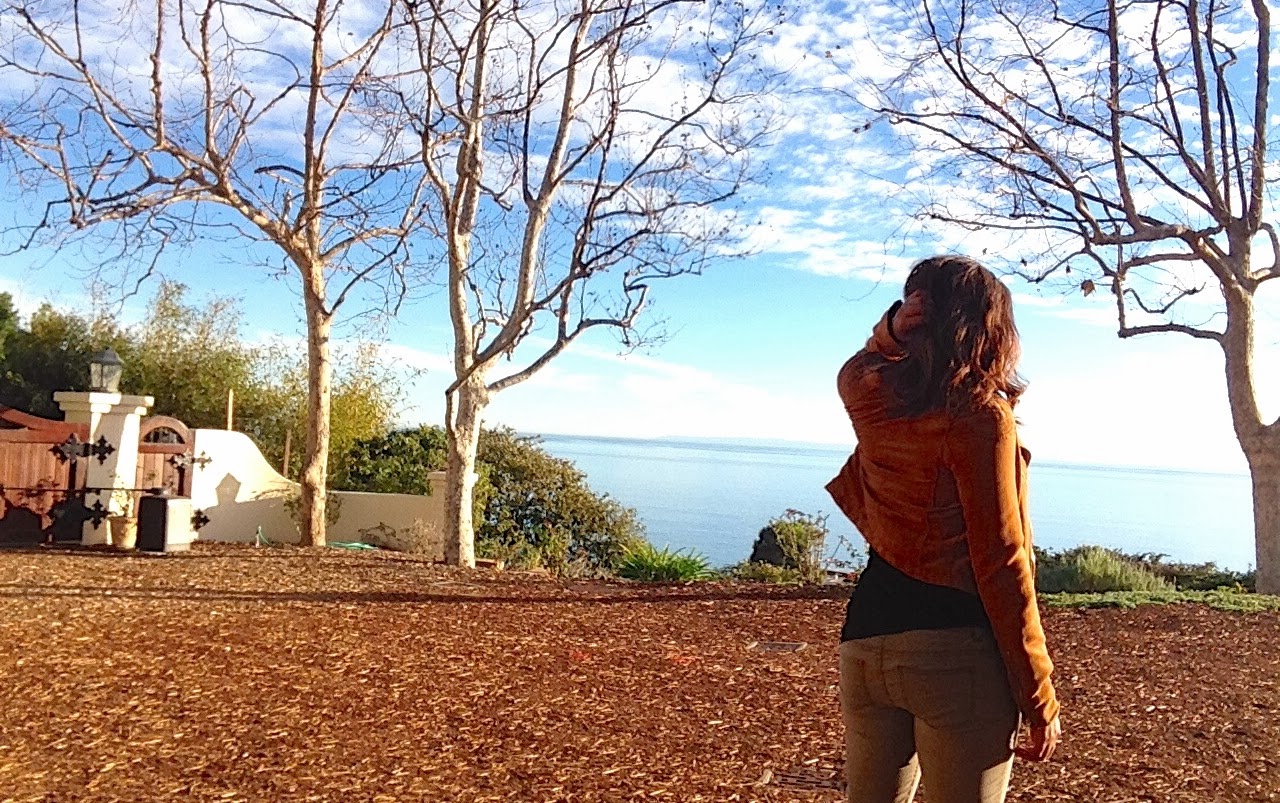 I'm back in California and I've just completed my first day of second semester.  It's kind of funny being back at school - mainly because we still haven't received our first semester grades, so we're all just sitting around doing the same ol' thing, not knowing if it even worked the first time around.  Here's to hoping that it did! We get our grades back at the end of this week and it's sure to be a very anxious moment for me.  Although I felt relatively okay at the end of all my exams, you never really know since everything is relative to how the rest of the class performed.  I'm just crossing my fingers and hoping that God came through for me.  I'm also applying to another internship this week that I'm really hoping to land (even though it's a long shot), so I'm hoping that my grades are decent enough to give me a fighting chance at it.

Other than that, it's beautiful here in Cali! Seriously, I left Toronto's brick cold -30 degree weather and I'm now soaking up the sunshine here.  The climate change is crazy ... but I am not complaining.  This is beautiful and you can't help but be in a good mood while driving up the coast.  Hope everyone is having a lovely start to 2014!
Posted by Canvases And Controversies at 5:03 PM 6 comments:

The Final Night Up North :) 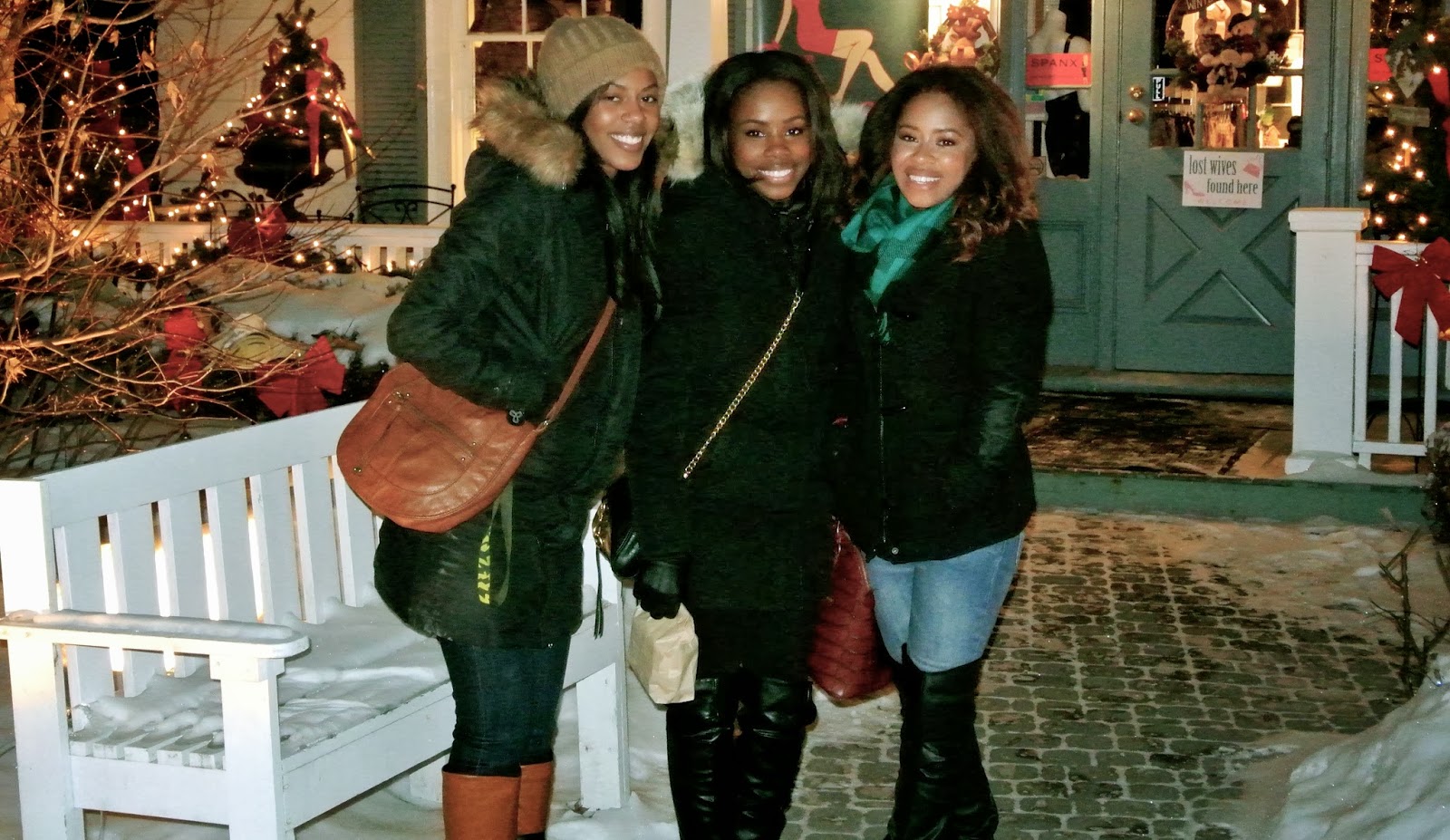 For my final night back home, I went out with one of my sisters and some friends from highschool. We went out to eat in Unionville and it was so great to just chill and catch up with them. The majority of my friends from highschool are scattered across North America, so it's always a good time when we can actually get together and enjoy eachother's company. Although it was FREEZING cold that night (I'm talkin' -30 degrees celsius) we still managed to spend a little time outdoors- joking and taking photos. My toes were so frozen by the end of it, but it was definitely worth it. I love being home and this vacation was so much fun and definitely needed. Now it's back to Cali life and back to the law school grind. Oh yea, I also get my first semester grades back this week- cross your fingers for me! 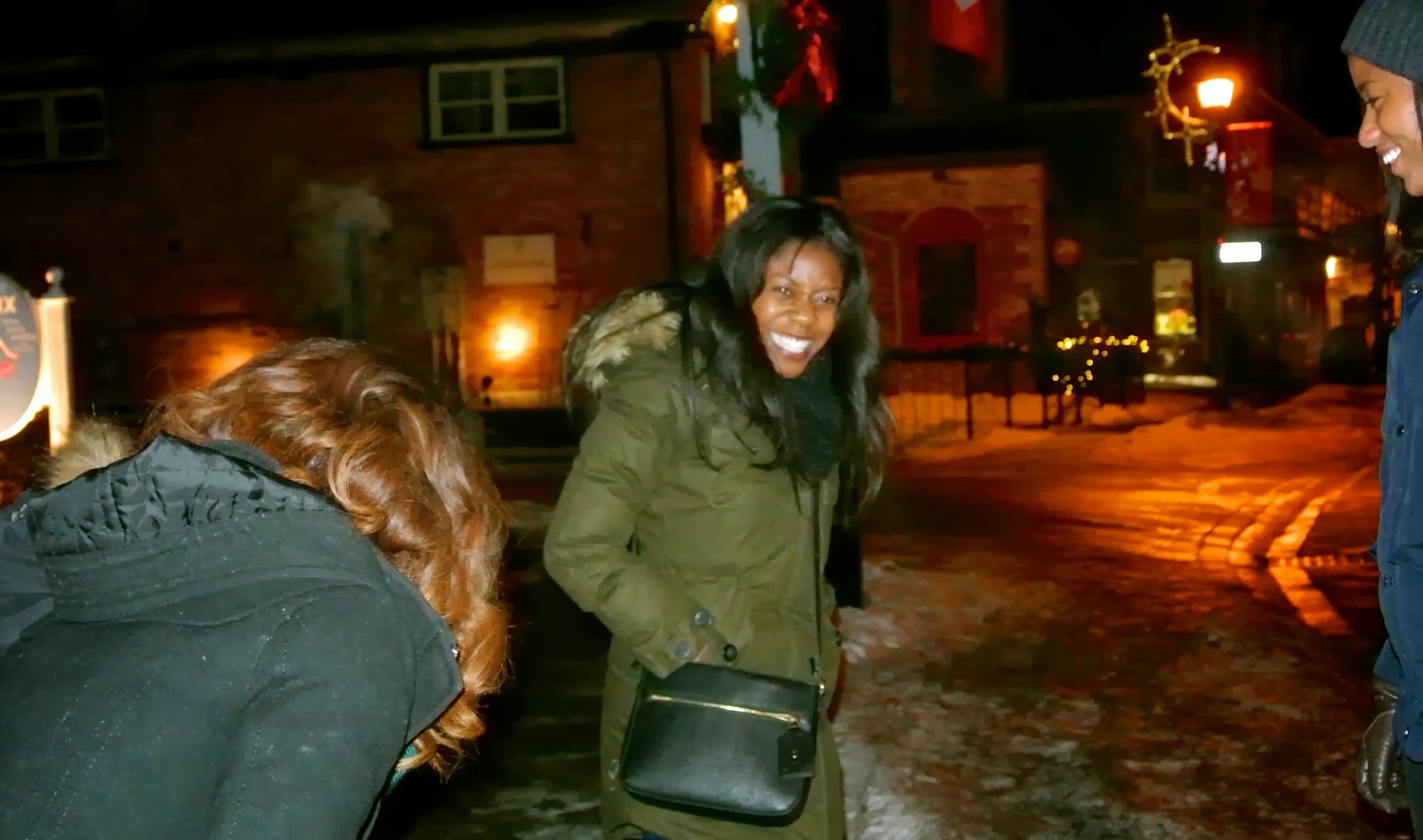 ( Oh and this is us attempting to do the Drizzy Drake! You know what I'm talkin' bout!)

Posted by Canvases And Controversies at 8:14 PM 6 comments: