I've been meaning to do this for a while (since I moved into my new place a couple of months ago) but I've just been waiting until I finally put everything together. Well, my apartment still isn't totally put together ... so here's a preview of the living room area!

My sister says it looks like I live in an art studio, but personally, I like the way it's coming along. A lot of the stuff in my apartment was either bought at Ikea or the trading post on Fairfax.

The top photo really just shows my view as I'm sitting on the couch.  I have a little baby television that I will one day upgrade -- but to be honest, I watch so little TV that an upgrade wouldn't even be worth it at this point.  I don't even pay for cable since I'm not home enough to use it.  But I do have a Chromecast that allows me to stream my Netflix onto the television when I'm in a cozy movie mood.

Due to my law school budget, I decided it would be more fiscally responsible to make my own art. It's been really fun creating my own little pieces and extremely therapeutic! The bigger Amsterdam artwork obviously wasn't painted by me-- it was purchased at Ikea. But most of the smaller ones are my own work, so I'm pretty proud of that. 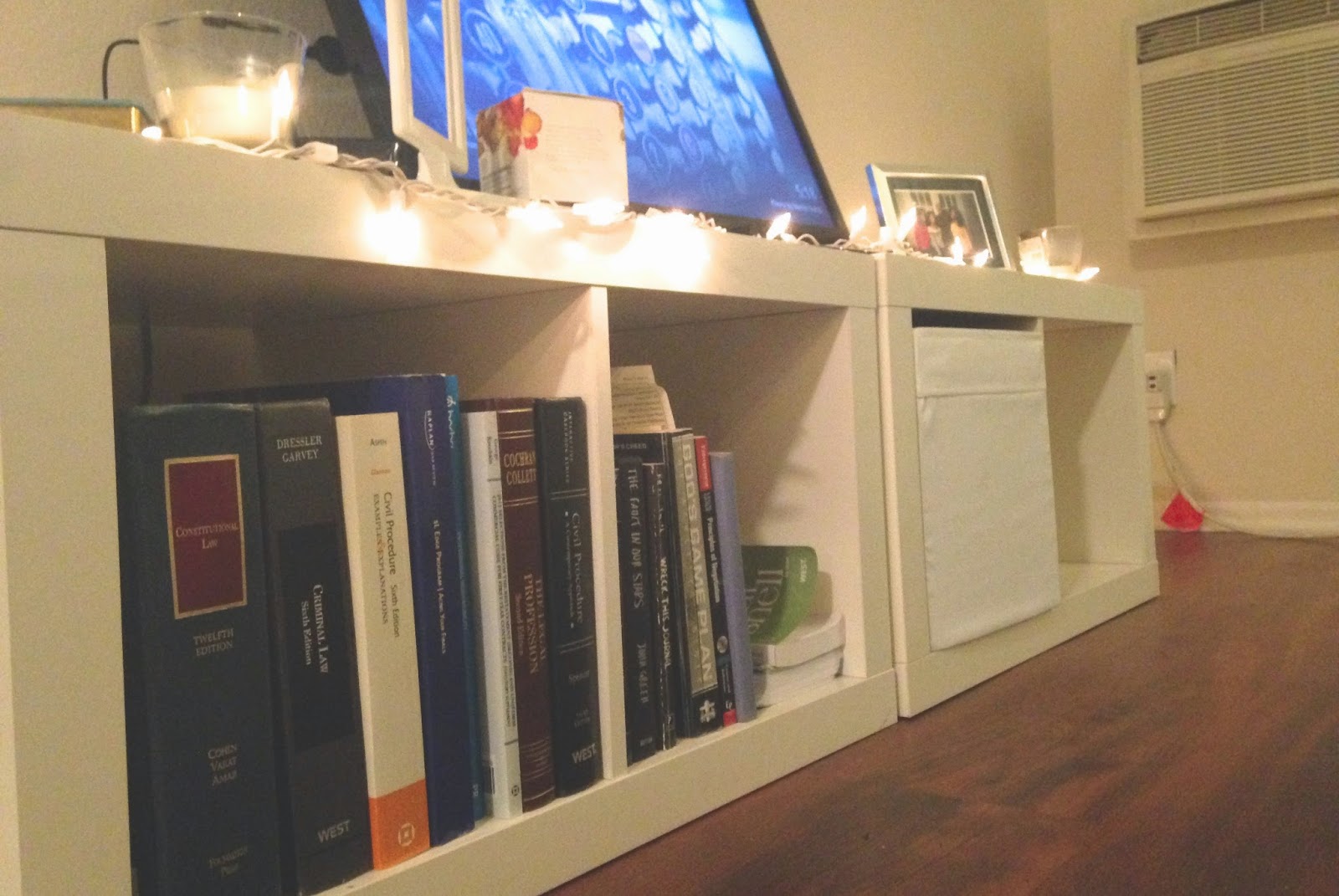 I use these two Ikea shelves, that I actually had at my old place in Malibu, as my TV-stand. I'm actually thinking of getting two more to put on top, just so I can give the TV a little more height. For now, this will do. I love the compartments though because it provides more than enough room for my many law school books. Most of my books from this semester are in my car, bedroom etc. So for now, it's mostly just my 1L books on display.

Also, because it's almost Christmas time (don't judge, yes it is), I threw a few Christmas lights onto the stand, just to add to the mood! 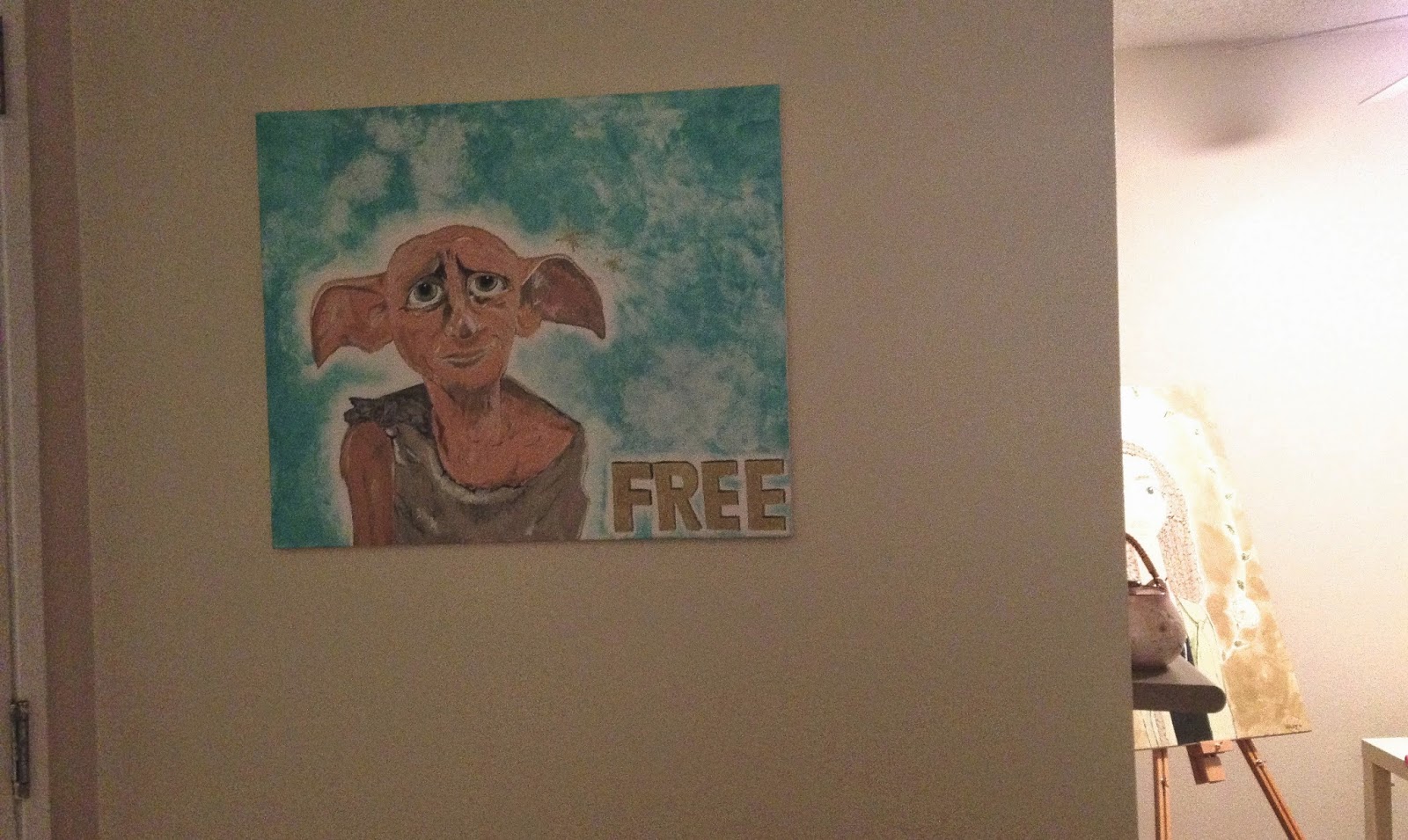 This is my favorite painting that you see right as you come through the door.  It's my favorite for two reasons: first, because Dobby is my all time favorite Harry Potter character (so loyal and true) and second, because I painted it myself and was really happy with how it turned out.  So if ever you come to visit, Dobby will be the first to greet you! If you're a Harry Potter fan at all, then I'm sure I don't have to explain why I chose "free" as the caption for this painting-- RIP Dobby, a free elf!


Below, I have a close up of my "coffee table" which is really just this awesome chest that I bought at the trading post. It was actually brown when I bought it, but I painted it white and I LOVE it. This photo seriously doesn't do it justice but I think it's the coolest thing. It actually does open but I never open it because the one time I did, this creepy photo of a little girl was just laying in there and it was just a horror movie waiting to happen. I didn't want the spirits to come out and get me, so it will just have to remain closed. On top I just have a stack of books, a few family photos in frame, flowers in a vase from Ikea, some candles etc.  Also, I have that giant lock and key thing -- it was also purchased at the trading post! 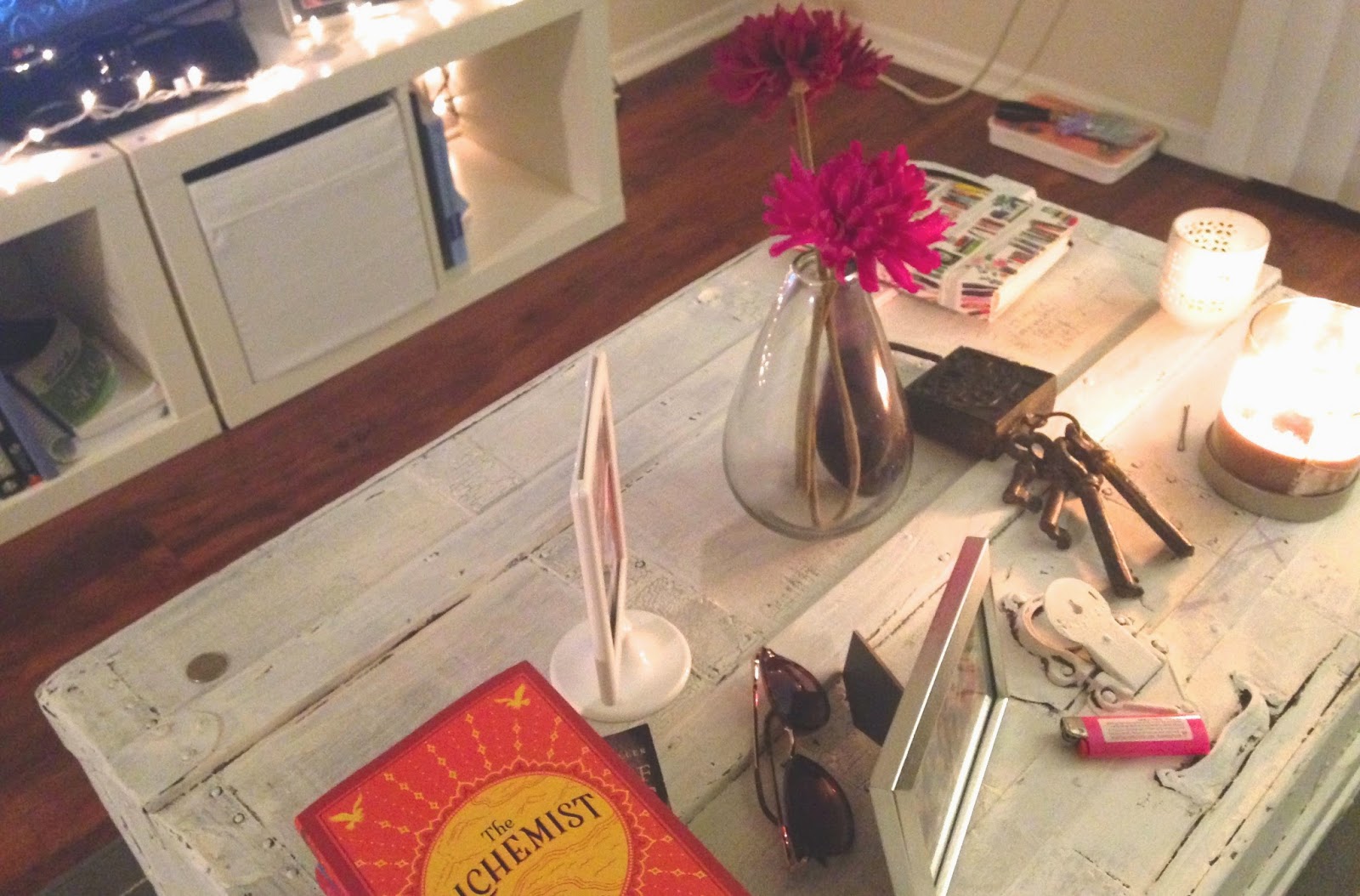 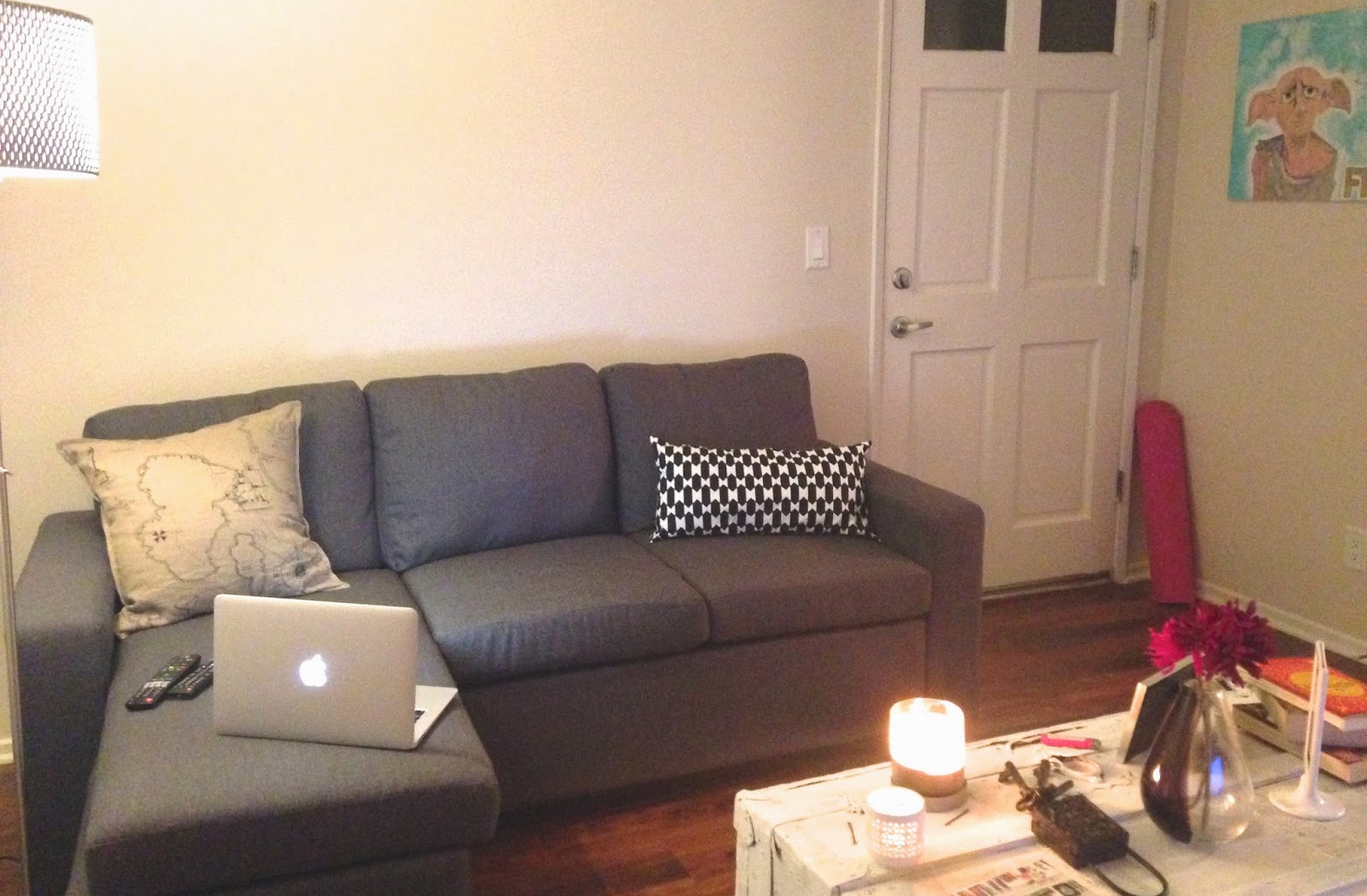 Finally, this last shot is just my cozy little couch area.  I have two pillows on there right now that do not match or make any sense at all, but that's what we're going with!  I do want to paint a few more pieces to put on the wall behind the couch because it just looks so bare.  I'm just not sure exactly what should go there.  I was thinking perhaps one of those three-piece paintings? If you have any suggestions, seriously, let me know!

For now, this is my cozy lil apartment/living room/nook -- somewhere in the hills of California :)
Posted by Canvases And Controversies at 7:04 PM